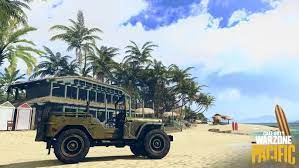 Activision announced today that the original start date for the new season of Call of Duty Vanguard content post-launch had been delayed by Activision, just two weeks before the highly-anticipated launch of Warzone Pacific.

After transitioning from Verdansk (the home of Warzone for the past ten seasons), the new era of the famous battle royale was scheduled to launch on December 3, with a brand-new map in Caldera, Pacific Island. The reasons for the delay are unknown, which is confusing for the community waiting patiently for new content to arrive at Vanguard and a new era in Warzone.

The official Call of Duty Twitter account broke the news on November 19. This caused a lot of disappointment and curiosity about why they had decided to delay.

Some people in the community believe that the massive drop of content is still ongoing. This would explain why there has not been much built up to the most significant change to Warzone since Black Ops Cold War was integrated back into Season 3. One Twitter user noticed that the new release date coincides closely with the launch of Halo Infinite. Activision’s clever marketing strategy?

The tweet above shows that Season 1 of Warzone Pacific & Vanguard will begin on December 8. Caldera will be available for Vanguard players 24 hours early on the 7th, rather than the 2nd.

You can find all the latest Season 1 information in our hubs.