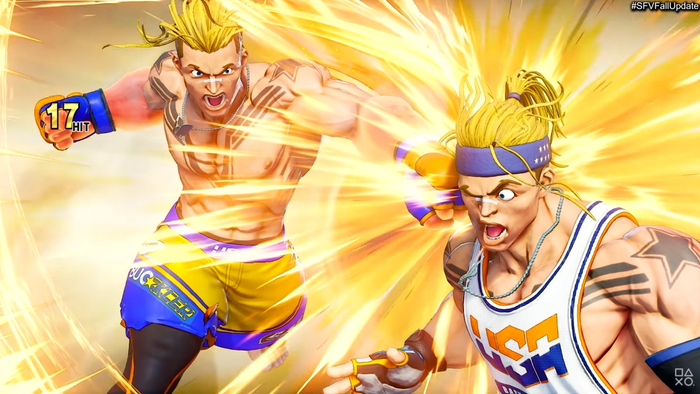 After Luke’s gameplay reveal, Capcom has confirmed that they are currently working on Street Fighter’s next entry. After five years of supporting Street Fighter 5, Luke is the last DLC character. They’ll move on to the next entry once Season 5 has ended.

Luke’s gameplay demo shows that the developers confirmed they are working on Street Fighter’s next entry. Street Fighter 5 director Takayuki Nakayama and Shuhei Matsumoto, Street Fighter 5 producer, revealed during the Fall Update that more details will be released in early 2022.

Capcom Fighter’s video shows that the next Capcom Cup VIII is scheduled for February 2022. Major tournaments are a time when fighting game developers usually reveal the big news. This could be the Street Fighter 6 news that we have been waiting for.

Luke showcased some new Street Fighter 5 interactions in his gameplay demo. The trailer shows that Luke has an offensive solution to throws. It’s version 2 (Silencer) of his V-Skill. Capcom has confirmed that Luke’s V-Skill is not a defence option but a punishable offence.

Street Fighter 6 could include new options to counter certain moves. Luke will introduce them first. We will keep you informed as soon as we find out more.

Square Enix Confirms: NEO: The World Ends with You
Street Fighter 5: Luke: Gameplay, Release Date, and Everything We Know So Far
To Top