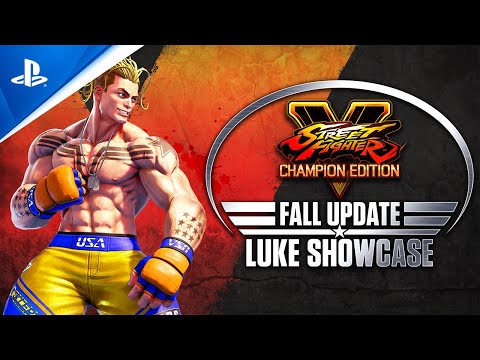 Capcom has finally revealed details about Street Fighter 5’s last DLC character, after previously teasing him. Luke is an aggressive brawler who thrives under pressure and has answers for every situation.

We were told that Luke gives us a glimpse into the series’ future. Here’s what we know about this character.

Capcom has confirmed that Luke will be released on November 29, 2021. For those who have purchased Luke’s DLC or the season pass, he’s available.

Street Fighter 5 DLC is available on all platforms: PlayStation 4, PC, and Mac.

His gameplay reveal reveals that Luke is an aggressive character who loves to be close to his foes in order to exact punishment. This revealed that Luke’s attacks and special moves can be used to attack foes at any distance.

Luke is more than an offensive brawler. He also comes equipped with a variety of new tools that go beyond Street Fighter 5 interactions. Capcom is currently working on a Street Fighter project where Luke will be able to interact with new characters.

According to previous revelations, Luke is the final character in Street Fighter 5’s Season 5 content. Capcom seems to be preparing to release the next main Street Fighter entry, not a Season 6. We don’t expect any additional DLC.

Capcom Teases Street Fighter 6 Details Next year
Review of ‘Resident Evil’: Welcome to Raccoon City: One for the Fans
To Top