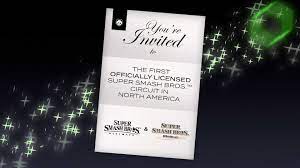 All eligible players will be allowed to participate in the circuit if they feel strong enough to take on the top fighters in the Smash league. In the Business Wire press release Bill Trinin also commented on this partnership, saying:

Dr. Alan Bunney is the Panda Global CEO. He also spoke a bit about their mission and future.

Dr. Alan Bunney is Panda Global’s CEO. We are giving North American competitors the opportunity to participate in an official Super Smash Bros. circuit by partnering with Nintendo.