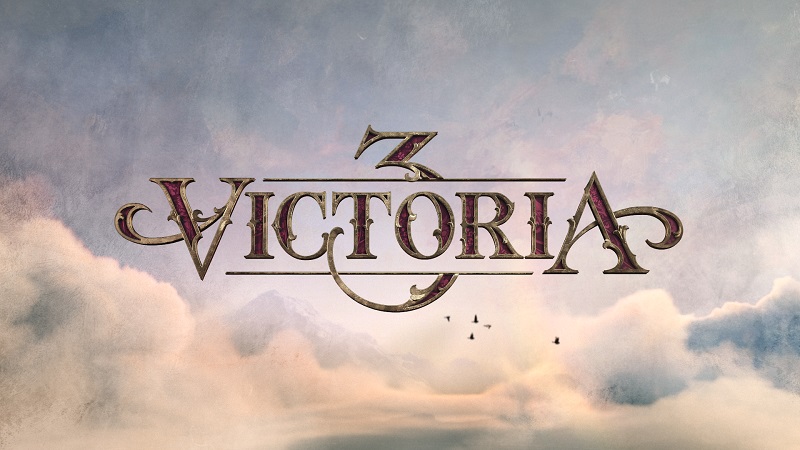 VICTORIA 3 RELEASED DATE – EVERYTHING THAT WE KNOWC

Victoria 3 was a meme for a long time. It was first mentioned when rumours about a Paradox secret project surfaced on the internet. Since then, it has become a joke among grand strategy enthusiasts, with its release date almost certain to be inaccessible.

As 2021 approached, the Swedish publisher revealed that its internal development team had been working on the sequel for some time now. This caused a lot of fans to cheer loudly. We have all the information about Victoria 3 to make your wait easier, including details about the release date, gameplay, system requirements and other pertinent information.

Victoria 3’s release date is still unknown at this time. Paradox has not yet committed to a release date or even to a wide window of availability for the game.

Grand strategy games have been released at PDXCON in previous years. We expect it to launch sometime in 2022. This section will be updated as soon as more information becomes available.

In-game days come with multiple ticks to accommodate the shorter time it takes for players to achieve their goals.

Victoria 3 will continue to focus on emerging storytelling rather than being centred around a single protagonist. The century is a time when players can choose from a variety of countries and control their destiny. You will react to both smaller events and larger machinations from the surrounding countries.

This, along with the increased emphasis on the management of society, should create a new flavour to the studio’s dynamic brand in storytelling.

According to the developer, paradox’s grand strategy games are also on the table, but Victoria 3 will be more of a management game. It will focus more on managing and tweaking your society.

Additionally, you will need to be more attentive in dealing with the economic aspects of running a country. Each one has its national market and can also create customs unions with other countries. Buildings are a key part of your country’s development. They will also come with flexible upgrades.

Also, you will need to determine which production methods best fit your needs and the demand for different products. You also need to consider whether your society has sufficient skilled workers to handle the new technologies being developed.

Pops are back, and they form interest group which can influence politics and rebel against you if you enforce laws that do not align with their ideology.

Your country’s buildings play an important role in maintaining its political stability and producing goods. Some buildings will be built by you, while others will automatically be placed. No matter what construction method you choose, it is important to ensure enough qualified workers to fill the vacant positions.

Without an Infrastructure to allow goods to reach their intended destination, Victoria 3 will not produce much. You can only go so far with local production. As you move towards industrialization, railways will be a top priority.

The rank of a country determines how the rest of the world perceives it. It also affects the number of diplomatic maneuvers or actions it can use in a Diplomatic play. They can be described as Great Power, which denotes the most powerful countries globally, Major Power, which denotes countries with strong regional influence and down to Insignificant Power. This country struggles to play a significant role locally.

There is no limit on the number of Great Powers that can be found in Victoria 3. Any country can attain the rank, provided it meets the requirements. The Prestige, governed by many factors such as army size and economic power, determines the rank. It also depends on the Recognized status of the country. This is strictly diplomatic, and countries must gain or force recognition to avoid being subject to diplomatic sanctions.

Diplomacy is bilateral. The relations between countries can be tracked on a scale of -100 to +100. These factors affect the acceptance and decline of proposals by the AI and limit your ability to take action against another country. They can be raised or lowered by diplomatic actions and incidents.

Victoria 3’s take against Aggressive Expansion is also monitored. Once a country reaches Pariah, another Great Power can step in and make the world more orderly through the Contain-Threat diplomatic play. Infamy can also be caused by diplomatic incidents that decrease a country’s relations with other countries.

Diplomatic plays are designed to focus on the negotiation or polite threats to get what you want, rather than going into war immediately. Victoria 3 doesn’t include the Declare War button, which you may have used in other Paradox grand strategy games.

Every war begins with diplomatic plays. They begin by one country asking for something from the other. They are each given several Maneuver based on their rank. These can be used to add new demands or convince other countries to join their side. The nature of each play will determine the potential participants.

Through the three phases of diplomatic play, you can convince other countries to support you by promising them benefits. You can be neutral and not get too greedy about your demands. This will make it more difficult for potential participants to declare their neutrality. Depending on the way the target and the initiator play their cards, either one could end up backing down, which would see the main demand fulfilled immediately.

If one side refuses to back down, diplomatic play can turn into full-on warfare, involving all sides and enforcing every demand of the winning side. This complex aspect of Victoria 3 can be found in the dedicated developer diary.

This title also attempts to show the “truly staggering” cost associated with war. The decision to declare war will require players to think more deeply and ensure that their country’s economy can support the conflict. The composition of your fighting force is determined by army models, which are more appropriate for certain situations than others.

Conscription is another tool you might use, but it can harm resource output. The troops are taken directly from your workforce. During wartime, military goods consumption increases, which helps your Arms Industries, Munition Plants and War Machine profit. The neighbouring countries that export weapons to you are also financially benefited.

Technology, laws and goods can all limit military production. This affects infantry, artillery and naval forces. Each of these units has its mechanics that you will need to follow as the conflict escalates. Its development diary provides more information about the process.