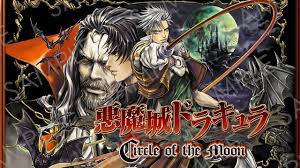 I’d really like to defend you sometimes if I’m being honest with myself. You made a lot of games that I have loved over the last three decades like Castlevania, Metal Gear Solid, Contra, and countless more. But we weren’t entirely honest about why we brought you here tonight. You’re getting into NFTs now, man. Konami, we love you, and this is an intervention.

For the last five to six years, it has been rough seeing you fall apart like this. When you and Kojima split, maybe there was some logic in the fact that he made very expensive games that took a long time to develop. Maybe you were smarting over how Kojima Productions dropped the ball on Metal Gear Rising. Who knows. We didn’t think it would lead to the spiral you’ve gone down ever since. You’ve not touched Silent Hill and the less said about that Switch Contra game the better.

But with Castlevania’s 35th anniversary — a moment that should be celebrated — you’ve gone and fallen for the crypto trap every other video game publisher is being seduced by: NFTs. You could be forgiven for just following the popular crowd, as your older brother Square Enix is currently trying to make everyone buy their knife set. But these NFTs you’re selling are just…not even good. These are, like, sub-ape NFTs. Here’s a small clip I made of the NFT preview video, which I can do because digital protection against clipping or saving isn’t a real thing.

If this were an actual cube of Castlevania clips playing on each side, that might actually be cool. But it’s not! It’s just the little clips inside, which you can buy for the money, and Konami is very careful to state can’t be guaranteed to get you more money. Konami, you’re better off selling actual Castlevania posters or even, you know, making a new game rather than soullessly rending the flesh from a corpse you buried.

League of Legends Zeri Champion – Release Date, Abilities and Lane – Everything We Know So Far
Bloodroots to Receive a Physical Switch Release Next Week
To Top