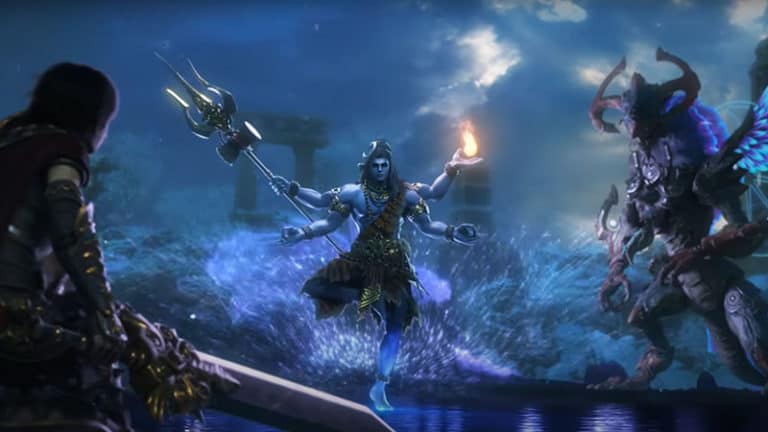 Hi-Rez reveals the next god to be launching in February 2022: Smite Shiva

Hi-Rez reveals the next god to be launching in February 2022: Smite Shiva

Hi-Rez Studios just completed its major reveals during the Hi-Rez Showcase’s first day. New content is coming out for Rogue Company and content for Smite. It is now that Smite season 8 is over, and it is time to create hype for Smite 9! Smite’s next god, Shiva, will be released in February 2022.

The Hi-Rez Showcase featured many teasers of Season 9 content. One of the few things we could confirm was that Smite would include Shiva, the next god. The Hindu belief system calls Shiva the Destroyer. Although the name Shiva implies death and destruction, it is a god of balance. Both destruction and balance are the same.

According to the game’s legend, Shiva was summoned by the Pantheon of the Gods to fight Tiamat’s crusade. This is the same crusade that the dragon of the sea has been fighting since season 8. The story continues with Shiva’s awakening, who understands the balance between destruction and creation. A voice says that Tiamat cannot create a new world. He then unites the universe and brings the Arthurian gods to the battlefield. They unite with Gilgamesh Ballona and, leading to Tiamat’s confrontation.

You can see the Shiva reveal trailer embedded below.

We received this teaser, but we did not get a better look at the character’s abilities. We will have to wait for the 9.2 patches to go live to learn more about the Shiva’s abilities, which is likely to happen after the 9.1 launches.

When will Smite Shiva be released?

At the moment, Shiva’s release date is unknown. The release date for Shiva is February 2022. The exact date remains to be determined. On January 25, Smite Season 9 will kick off, launching the new season. This means that the 9.2 patches will most likely include Shivas.

We believe that 9.1 will drop around the week of February 21 based on information contained in the patch notes. 9.1 will feature a Dharmic event that features two storefronts for two weeks each.

Advertisement
Hi-Rez reveals the next god to be launching in February 2022: Smite Shiva