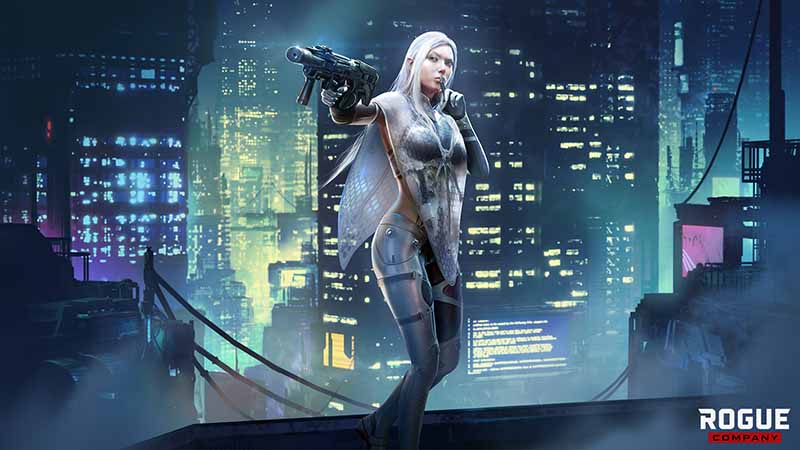 Hi-Rez Studios revealed a first glimpse of the Rogue Company Glimpse character. The new rogue character can become invisible and fulfil the Recon role. We take a closer look at the Glimpse of Rogue Company.

Excuse me for the pun; this is just a small glimpse at the character. Hi-Rez’s audio stream was not balanced, making it difficult to comprehend the entire conversation between the developers. You will know the reason for any inaccuracies if they are present.

Glimpse was created back in the early days at the Rogue Company. She is, however, the first to be revealed for 2022 and most likely to be the next to release following the addition of Umbra. Her kit’s core playstyle is based on her invisibility, which allows her to surprise her enemies. Glimpse can be seen running around in camo when she enters it. You should also be aware that she emits dust after she jumps, which is another visual cue to watch out for. It’s not perfect invisibility, though, because that would be quite broken.

Her guns include a P12K sidearm, two smoke grenades and a Semex throwable. Her primary weapons are either the Knight or Nightshade rifle.

She is a passive Recon agent, so she doesn’t have access to the right information about tracking her enemies. Instead, she detects enemies. She is given arrow indicators often, which gives her an idea of her enemies’ activities but not precise pings.

The rest of the content was unrelated, except for some concept art segments. We have provided a link to the images with a decent timestamp. There is also some lore, including references to Phantom. Don’t expect to understand what they are saying.

Hi-Rez reveals the next god to be launching in February 2022: Smite Shiva
Dead by Daylight developer update: Leatherface masks removed
To Top