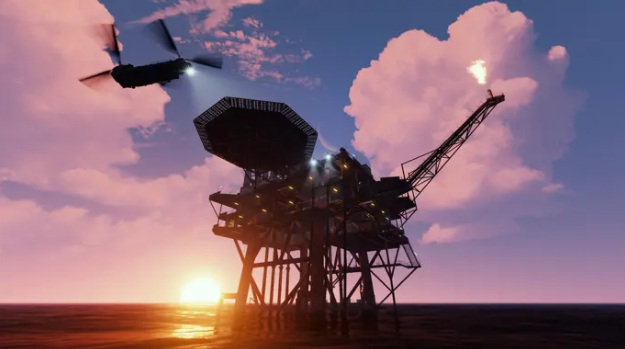 Rust Console Oil Rig: The Latest News, Release Date Rumours and Everything We Know So far

Rust Console Oil Rig: The Latest News, Release Date Rumours and Everything We Know So far

Rust is available since 2013 but the console edition launched in May 2021 on Xbox and PS4. Although there are many similarities between the games there is still much content that hasn’t been translated. The most notable missing feature is the in-game monuments. These are high-level areas that act like dungeons. It is very difficult to beat, full of puzzles and tricky enemies, but also loaded with loot. The oil rigs have been a popular feature in Rust for many years. Both look to be coming soon to the console edition. Here’s all you need to know about Rust Console Oil Rig Update.

Rust is home to two Oil Rig Monuments. One is commonly known as an ‘oil-rig’ while the other is called a ‘large oilrig’. It’s larger. The large oil rig has twice as many scientists, heavy scientists, and crates. A bigger oil rig means bigger challenges and greater rewards.

Because it is an oil rig, you will need to get to them by boat or helicopter. Although you could swim, it is not recommended.

Although the video below is about the release of an oil rig on PC we recommend you give it a look to get up-to-speed on the Oil Rig and its workings.

They will add oil rig to Rust console.

We understand that you would like to see the Oil Rig, the Cargo Ship, and other popular monuments in the game. We are currently testing some of these features internally, and will release them in future content updates.

The Oil Rig as well as the Large Oil Rig have been occasionally tested on the game’s staging branch server (or the PTB – Public Test Build). This is where new content can be tested before it is released. It doesn’t necessarily mean that a release date is near, just because something is stored on the staging server.