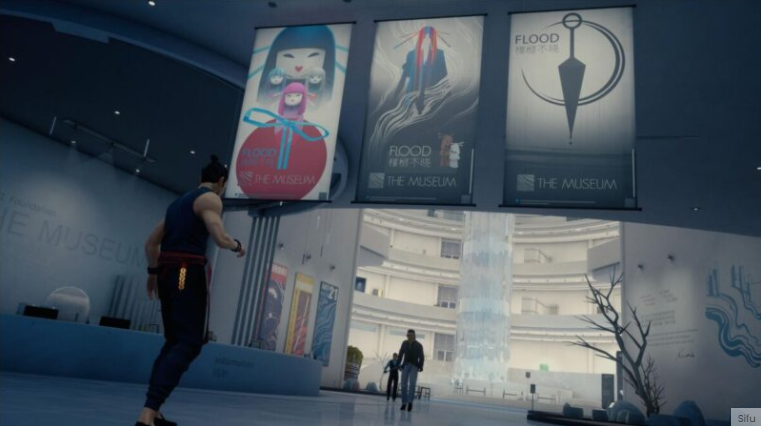 Sifu’s tale about vengeance has an unnamed protagonist who travels through a city searching for the five martial arts masters that killed their father. Fajar and Sean are challenging, but neither can match the game’s third boss.

Kuroki is Sifu’s run-killer. This article will tell you everything you need to know to defeat Kuroki in Sifu.

Kuroki: Where are you?

Kuroki is in charge of Sifu’s third-level, The Museum. Kuroki, a former professional assassin and artist, is holding an exhibition in the Museum. However, she is protected by a personal security team of dozens of men. After you have fought your way past the armed guards, you will be facing Kuroki, the most difficult challenge in the game. We’ll need to plan to defeat her.

How to Defeat Kuroki: Preparation

Sifu’s level design is such that you can use shortcuts to get to the next part of the level faster once you have cleared certain milestones. The Museum may be the most skippable of all the groups.

After a series of bizarre dream sequences and beating the second miniboss in this level, you will unlock the key to the Museum’s start room elevator, which will take you to the boss fight. If you haven’t reached Kuroki before reading this, you can follow these steps: Start from the beginning.

Sifu’s levels depend on a consistent run. The upgrades, abilities, and deaths that you accumulate over the run will continue to be carried over to the next level. This is the time to go back to the original class where there are no upgrades and to respecify your character to handle levels 3, 4, and 5.

Even if you have been following these boss guides, this is an excellent opportunity to earn XP and unlock new moves. You can buy XP for the vertical strikes focus attack and leg sweep focus attacks and the environmental interactions and weapon durability upgrade, which are all excellent skills that you will be able to use in the future.

It would help if you avoided the shortcut that takes you to the boss fight at the beginning of the Squats level. The regular route gives you more shrines and more opportunities to increase your upgrade potential.

You can spend three shrines. Two will focus on meter upgrades, and one on “parrying increases structural damage”. This level is the easiest due to the requirement for 4000 level scores. This upgrade makes it easier to fight the final boss. You can spend two on focus meter upgrades, then a third on “parrying increases structure damage”, as this level has the lowest requirement of 4000.

You should revisit. The Club will be your next stop. Here, it would be best to increase your score until you have close to 1200 points. If you aren’t, go into the next room and beat anyone who comes up, then return to the dancefloor. The shrine can purchase the “avoiding parries increases focus meter” upgrade.

You can also take the shortcut to do the same thing in the training area. Continue to the next level, and then you can purchase the last version of the Dodging Increases Parry Meter upgrade at the shrine before fighting Sean.

Hopefully, you’ll make it to the Museum with all of your upgrades completed and an age under 25. Even if you’re around 30, the run is not over, but the younger, the better. You can now continue to travel the level as usual, but make sure you grab the shrine on the second floor with the large, spinning ink pen.

You can choose weapon durability, but you must be at least 25 to claim it. Weapon damage can also be used to upgrade your XP from the shrine. Continue to floor 3. Once you reach the central room, you will be able to open it to your left using a keycard you have obtained from beating the first miniboss.

You will find a single woman waiting to grab a staff from the wall. You can defeat her using the vertical strikes focus attack, combos that push her against the wall (light, heavy, heavy), and then take the staff from her body.

It would help if you also took the time to admire the Absolver masks and art in this area. This is the one for the OGs.

Follow the path to the next shrine. If you have the XP, you can continue to floor four from the nearby stairwell.

After you have completed that, turn around and use the lift. You can find a shrine right before Kuroki, where you can purchase a focus upgrade. This will automatically fill up your focus gauge at two and a quarter bars.