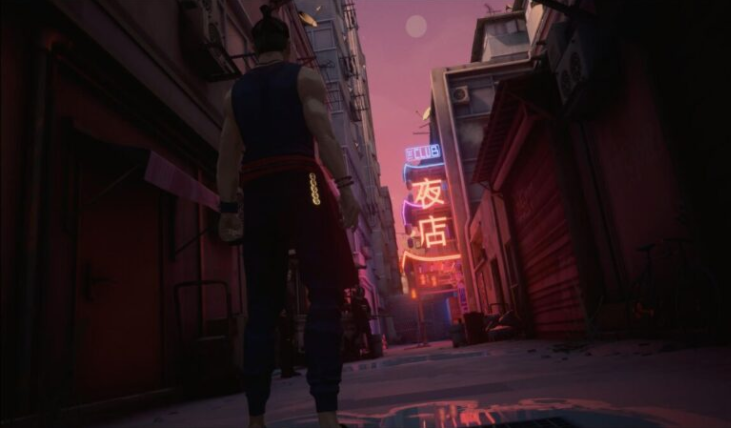 Sloclap’s kung-fu odyssey Sifu stakes claim to be one of the most challenging games in 2022. Although Elden Ring will likely claim the crown before the year’s end, Sifu is still a difficult game. The game’s five bosses, Sifu, are its critical roadblocks, and the boss at the second level, Sean, is no exception. This is everything you need to know to defeat Sean in Sifu.

Sean, Where are you?

Sean can be found at Sifu’s second level, The Club. Sean hosts The Burning, a fight event where martial artists from all over the country meet for a little bit of a scrap. They’re not going to be able to match you. But, unfortunately, Sean will make you look foolish in no time. You’re doomed without a clear strategy.

How to Defeat Sean – Preparation

Sean’s whole move set is dependent on a specific approach. The shrine update allows Sean to increase the focus gained through parries and dodging. You’ll know that you have been following the Fajar guide and are focused on upgrading the focus bar. Your goal during The Club will be to increase your focus gain.

The Club’s opening minutes will see you running through the Club’s entry, beating up some goons, and then entering the dancefloor. There are eight enemies on the dancefloor that can be easily defeated, but a woman who is agile and intelligent will drop in to serve as a mini-boss. You can deal with her using a focus attack, and some wall smashes if you have vertical strikes focus at unlocked. Push her quickly with the combo string, which is light and heavy, to push her against the wall. It would help if you attained the 1200 level point threshold to receive the focus gain upgrade from the shrine. You can then body the goons who come through the door to the left of the dancefloor and return to your original path.

Use the shrine if you have already run through The Club and reached Sean before. While the default route is excellent for XP, it can also increase your risk and potentially boost your death counter. You will be questioned about the “three trials”, and you can find a shrine to your second focus upgrade in that training area.

You can continue as usual but be aware of the enemies before you fight Sean. These two enemies are the most aggressive in the game. They can cause problems. Focus attacks can quickly and effectively deal damage to these foes. The fight will be easier if there is only one target. After passing through the gate, stop at the shrine to receive the last focus upgrade. Then, get ready to face Sean.

Phase 1: How to Defeat Sean

There are two stages to every battle, just like all bosses in Sifu. Sean’s settings aren’t so different from one another, making it easier to fight him than the other bosses. Sean is a tall figure who towers over the player character holding a large staff in his hand. He’ll naturally swing the team, doing massive damage to anyone that gets hit. However, the moves in this form are easy to telegraph.

Three main strings are to be aware of: A thrust attack followed immediately by a quick swing, a series of vertical swings with an arm barge in the middle, and three massive horizontal swings. Spot dodges are possible for almost all attacks (L1+any direction), but if you’re doing a horizontal swing, a downwards spot dodge can duck the swing. It looks cooler.

Sifu’s levels depend on consistent runs. Your shrine abilities will be carried over from the previous level. It’s best to concentrate on the power that increases focus when parrying or avoiding attacks. Sean has very telegraph cable moves that allow you to dodge attacks, increase focus, and unleash vertical strikes or the leg sweep to do some severe damage. After his health and structure are exhausted, you can move to stage 2.

Stage 2: How to Defeat Sean

The arena is now on complete fire. Sean’s staff are also on fire. Halfway through the fight, Sean sets himself on fire. You don’t have to be afraid if this sounds scary. He has all the moves from the previous phase but with some extras. Because he will jump in and out combos to catch you by surprise, he is also more unpredictable with the moves he uses.

The main move to be aware of when trying out new activities is the low, sweeping attack. This will make you a mess and knock your head off in no time. This will allow bosses and enemies to sweep the leg like Cobra Kai, which can present a little problem. Although sweep attacks can be dodged and blocked, you will be knocked to the ground if you spot dodge in any other direction than up. Sean will use the sweep attack as a way to begin a combo. It has a big tell, and then follow up with vertical attacks. You will likely be knocked around despite the large tell.

Sean will spice up his move set with some new tricks. His recent penchant for dodging has been mentioned, but his vertical attack string could also complement some ground slams. These can be avoided by sidestepping like the rest. However, it is still tricky to avoid. If you get knocked to the ground, Sean will launch a massive slam attack. However, he will let you escape by running with R2 while you are on the basis.

5 REASONS PLAYSTATION 5 FANS SHOULD HYPE FOR 2022
Sifu Boss’ Guide: How to Defeat Fajar
To Top