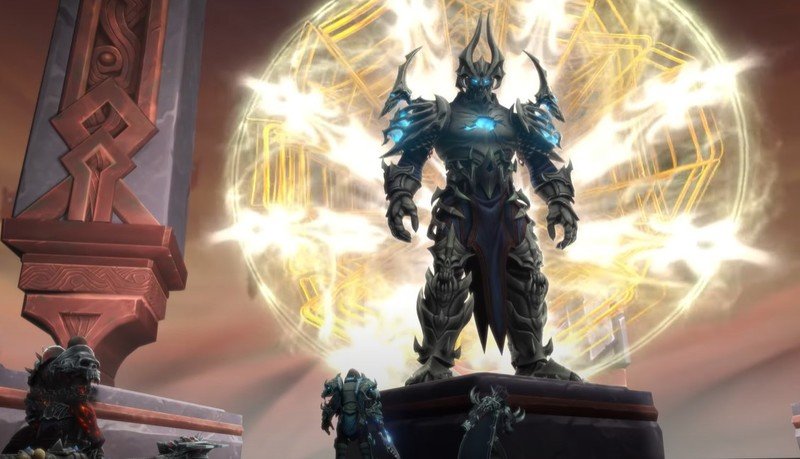 After a turbulent time for developers, Blizzard fans will be relieved that World of Warcraft continues to move forward. The Shadowlands expansion has brought players beyond the veil, and the otherworldy story is now moving towards its conclusion.

The Eternity’s End Patch 9.2 will introduce various new content to mark the end of an expansion. A new zone called Zereth Mortis will be created. It is an “anotherworldly location that defies any concepts of reality or physical physics.” The metaphysical environments of Shadowlands have been a highlight for many. The game has been enhanced by the ability to explore different afterlives. This is a stark contrast to the more grimy and grounded aspects of Battle for Azeroth. Fans will enjoy this area.

All regular World of Warcraft content will be available. New Daily and World quests will be available. A new raid, Sepulchre of the First Ones, will also be added. As the charge ends, players will have the opportunity to face off with The Jailer. Players will be able to take down The Jailer, who is responsible for most of SShadowlands’misfortunes. They won’t be alone, supporting a new friendly faction called The Enlightened.

Patch 9.2 iisn’tthe last word on World of Warcraft news. Soon after, patch 9.2.5 allows cross-faction gameplay. What is more unlikely than death itself? Horde & Alliance fighting side-by-side! Yet, here we are. It IIt’sexciting times in Azeroth.

Gravity Rush creator wants series to be available on PC
No Mario Kart 9, but Mario Kart 8 DLC announced
To Top