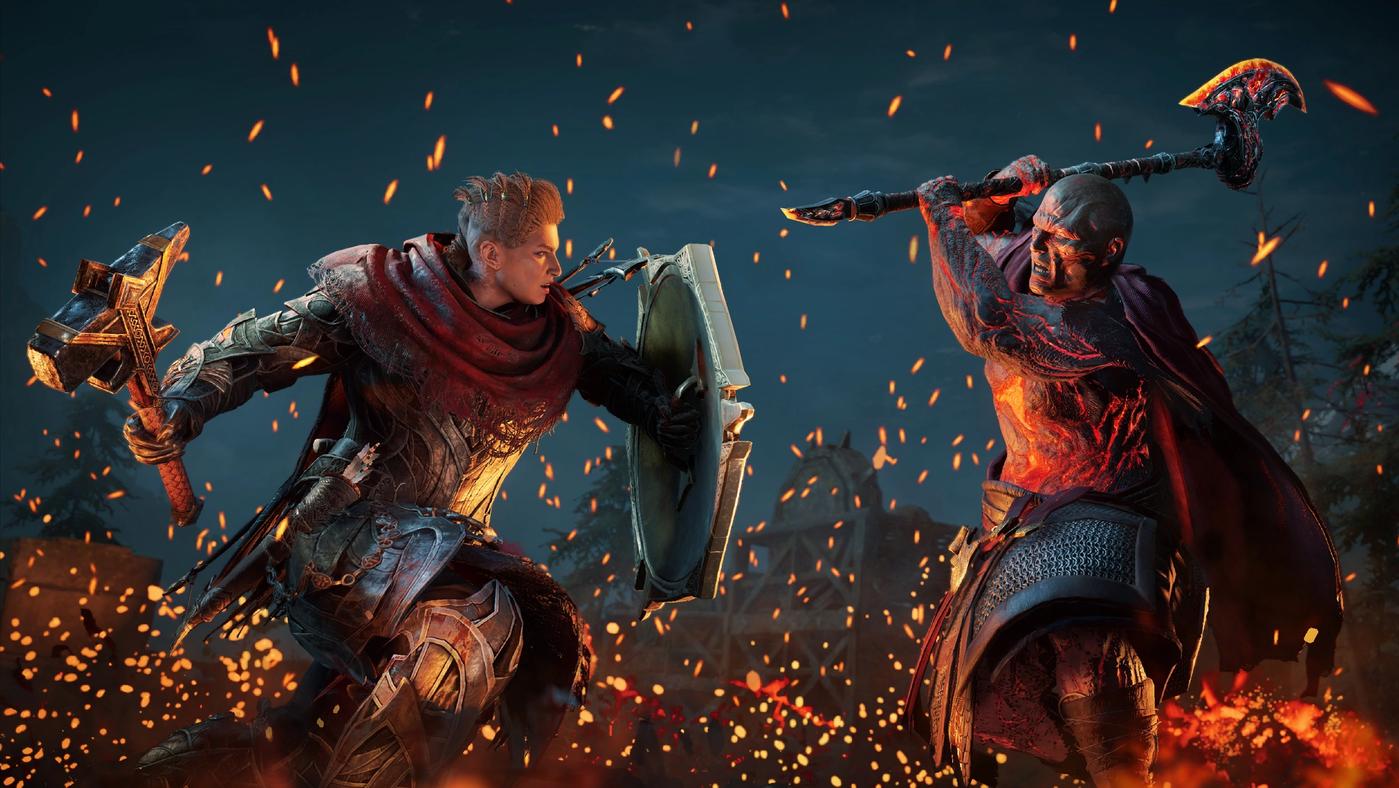 Last week, I had the opportunity to attend a preview of Assassin’s Creed Valhalla Dawn of Ragnarok. This fantasy-focused expansion is scheduled for a release on March 10, 2022. We were treated to a demo and some commentary by the developers. Dawn of Ragnarok expands upon Assassin’s Creed Valhalla. The DLC’s new approach to skills and powers could make it stand out and add an interesting twist on the base game.

Three main sections were featured in the demo: a dangerous invasion into a Dwarven Foundry; a view at a palace camp that towered hundreds upon hundreds of feet high; and a small hub filled with Merchants and opportunities for Havi to improve her skill set. In the 30-minutes of gameplay, a lot of mechanics were demonstrated, including exploration, combat, and the use the new powers system.

These powers were undoubtedly the main point of the game. They borrowed smartly from previous entries in the Assassin’s Creed series and expanded player choice in meaningful ways. Havi can use an artefact called Hugr-Rip to steal the power of enemies. These powers include powerful hand-to-hand combat buffs and the ability to shapeshift into a raven to aid exploration. Havi was shown shooting down the raven to gain this skill. The player can now transform into a raven to soar high above enemy encampments and mark foes, opening up new infiltration possibilities. Havi was later shown upgrading the raven ability and adding air-assassinations.

There were a few powers that were displayed, but my favorite was one that used social stealth. Social stealth has been a feature in Assassin’s Creed games for the past decade. It is also used extensively in AC Brotherhood’s multiplayer mode. Dawn of Ragnarok allows you to kill certain enemy types and gain the ability of shifting your form. This allows you to pass through well-guarded enemies without being noticed. AC Valhalla witnessed the return of social theftth with the addition of a cloak. Dawn of Ragnarok is proud to double down on this feature that series veterans will recognize. It will bring a smile to the faces of AC fans who have been around since the beginning.

Although the ability to take the power from the corpses of your enemies is a powerful advantage in Dawn of Ragnarok’s battles, it has its limitations. A limited number of powers can be held at once, so you will need to give up one power you have. This was demonstrated to great effect during the demo. Havi took Fritjof, an enemy stronghold keeper, out of a stronghold. The Power of Rebirth allows the player to reanimate fallen enemies and build up an army which they can use to take over the gates. They were met with a fork in their path once they got inside. The one path was easy enough while the other was blocked off by lava. Havi was faced with a difficult choice: either pick up fire resistance from a fallen enemy or continue on with their army. Havi could have chosen to pick up fire-resistance, but it would have meant that Havi had to choose an alternative route. These are all small but very effective choices for players in Dawn of Ragnarok.

Console Warzone Players Will Never Get FOV Slider
WoW Sepulcher of the First Ones: Release Date, Raid Bosses and More
To Top