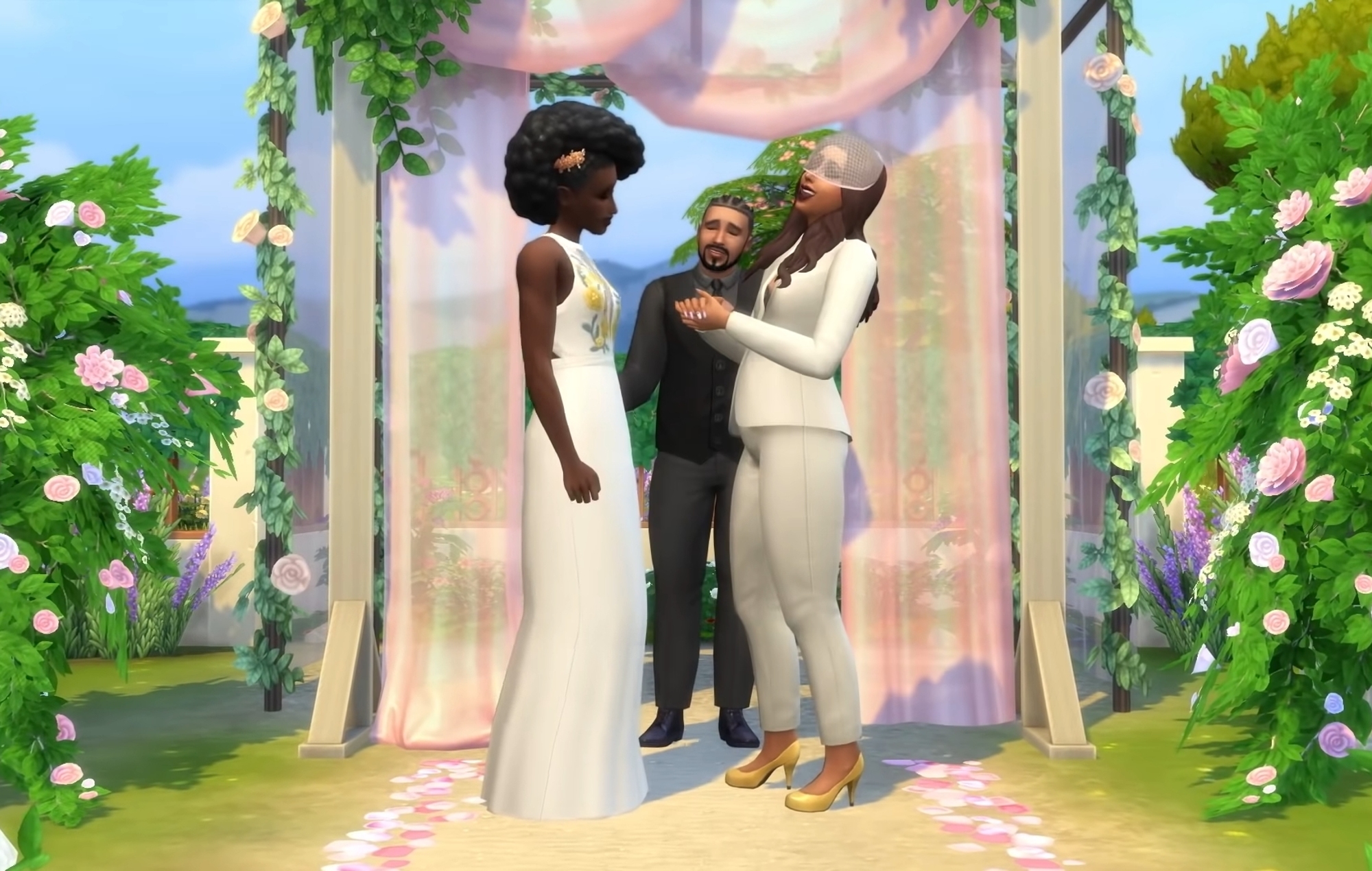 THE SIMS 4 MY WEDDING STORIES RELEASE DELETED TO FEBRUARY 23RD

THE SIMS 4 MY WEDDING STORIES RELEASE DELETED TO FEBRUARY 23RD

The Sims 4’s latest Game Pack, My Wedding Stories was scheduled to be released today. The Sims team decided to delay the game’s release for a week after changing their mind about releasing it in Russia.

This is due to The Simsteam having recently decided not to release My Wedding Stories to Russia. This was due to the game featuring a same-sex pair and not wanting to compromise its content. This announcement was made originally on February 9. After receiving feedback, they changed their mind and decided to release the game in Russia a week later. The Game Pack’s release has been delayed by one week. However, it shouldn’t take too much time. The Sims team noted that the game will not be altered or modified for release in Russia.

The Sims is very supportive of diversity, equality, and being inclusive of all races and sexualities. The Sims worked with members of the LGBT community and organizations like the It gets the Better project to create new content.

My Wedding Stories will be the 11th game pack for The Sims 4. This DLC, as the name suggests, is focused on weddings. You can plan and control every aspect of your Sims’ big day. Tortosa is a new world that comes with the Game Pack. It’s a charming, Italian-inspired coastal town with shops and services for weddings. Dom and Cam are two older female Sims who have been married. They were also featured on the cover and announcement trailer for My Wedding Stories. The Sims 4 Base game received an Update to prepare it for My Wedding Stories. This update added new color swatches for existing Create-A-Sim items and Build Mode items. It also included a new lot type and relationship option in Create-A-Sim.

The Sims 4 My Wedding StoriesGame Pack will be available on the new global release date of February 23rd. It is available on PC, Mac, and Xbox One/Xbox Series S X/S.