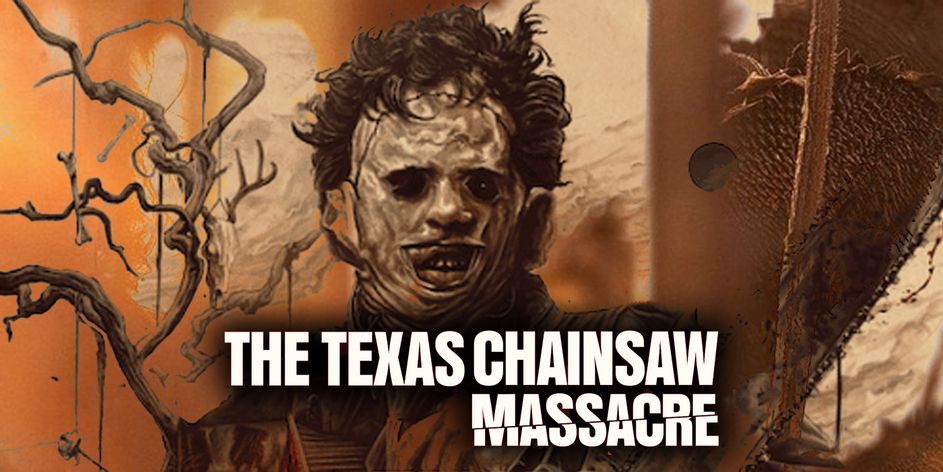 Texas Chainsaw Massacre, a sequel to the original movie, is. It takes place 50 years later. We follow a group if friends, just like the 1974 film. These friends want to gentrify an abandoned Texas town. They are influencers that encourage others to visit the area and imagine what a bright future it could have. They also accidentally invade Leather face’s house while they’re there. Then he proceeds to kill and hunt down everyone he can find in the town. Although the idea of his friends turning this abandoned town into something wonderful sounds appealing, it never comes to fruition. This is partly due to how boring the movie is. The movie is only around 80 minutes long. Texas Chainsaw Massacre is a terrible example of budget constraints.

One scene in the final part of the film, for example, takes place on a bus. This scene will be admired by many viewers. It’s gruesome and satisfying in a certain way. It’s easy, fast, and, again, not inspiring. The idea that all these people visit and fix up an abandoned town is what makes Texas Chainsaw Massacre so interesting. There are many buildings that need to be repaired. This area is where people will live and sleep. Unfortunately, they don’t. It’s an idea that just floats around. The entire story is told in a single day, with only one or two buildings. It feels fast and the kills are impressive, but Texas Chainsaw Massacre does not do anything special beyond those kills.

We follow Melody (Sarah Yarkin), and her sister Lila, (Elsie Fisher) as our main friends. Lila, out of the two, was the only one to receive some type of characterisation. Lila was a victim of a trauma that made her more reserved. As a result, Melody took care of Lila. That’s it. The film does have a moment where Lila must confront her trauma. But it is done in such a way that you would not even believe she suffered from trauma. There is no internal conflict. It is amazing to see how little effort went into this character at the end. What about the rest? They were either boring or irritating.

Melody sat comfortably on the irritating route, which is unfortunate considering how often she sees us. She is a caring sister who wants to be a good role model. She is self-righteous and orders Lila around. These characters were not helped by the acting. While I liked Happy Death Day IIU Sarah Yarkin was a good actress, she didn’t have the spark to bring it here. Regardless, acting is often poor across the board. I can only guess that this has to do with the direction of the film. Too many times, characters should have been more panicked and traumatized by what they saw.

Sally, who was in the 1972 original film returns as a seasoned ranger in this sequel. She is trying to find Leather face, the man responsible for her friends’ deaths. Texas Chainsaw Massacre attempts to portray a Laurie Strode-type character, but it doesn’t work. We know very little about this character, except what we saw in the previous film. We are told that she has grown stronger over the years. That’s it. We are not provided with any updates on her life. The only description we have is the moment she pulls out an old photo of her friends. She takes out the photo and recalls her friends fondly, and she rekindles her hatred for Leather face. She is totally wasted.

Leather face’s age is something I do not understand, but that may not really matter. Although he’s still the silent serial killer from the original movie, I felt that he was my hero in this film. Leather face is the only character I find so irritating and lacking in development. When Leather face finally pursues them, it’s hard not to cheer him on. He never teleports to get the kills, which I liked. My biggest problem with slasher movies is their insistence on being supernatural, but pretending otherwise. Although they are all human, the killers manage to survive in situations that should have killed them and teleport to where they need to. It didn’t happen here, which was refreshing.

Texas Chainsaw Massacre a short horror film. This is both a strength as well as a weakness. This is a strength as the film moves quickly and doesn’t get bogged down with unnecessary plots or subplots. Texas Chainsaw Massacre is a fun, gruesome film that moves quickly from kill to kill. This film’s pace is a problem, however. There isn’t enough time to flesh out characters (except Lila). Everyone here feels like a 2D character. I did not care about anyone, and in fact, I hated some of them.

Lila was the only exception, and she was not perfect. Although I thought her past was interesting, it never led to anything. Despite that, it was horrifying to see scenes from her past play out. The film has a bus scene in which her past is interwoven with the present day. It’s well edited. Although it didn’t tell a story, the editing of her past was very effective.

The Texas Chainsaw Massacre killings are not only brutal and gory, but also because of the editing. This is more because there’s not enough editing. This is why action sequences and death blows are so effective. You won’t be able to guess the cause of death by looking at quick cuts. You can see all. This doesn’t apply to one bus scene. Although there are some cuts, they are used stylistically to highlight how chaotic and violent the scene is.

Texas Chainsaw Massacre is held in a ghost-town in Texas. It is a fascinating location, with many abandoned buildings. The film does not spend much time exploring these different areas. We spend most of our time in one small house. The influencers have access to an outside space, but that’s it. Texas Chainsaw Massacre has some great shots with Leather face, and it isn’t bad. However, I feel like there is a lot of wasted potential. The cinematography could have used more time in this area. This does not mean movie length, but movie days. All of it takes place within a single day, so there’s not much to see. Even though we do see night, the ghost towns are even more frightening when it rains. It would be great to see more.

It could be said the same about sound. It’s okay. These scenes are sound-wise as you would expect. The music, or the lack thereof, creates an increased tension when a character tries to hide from Leather face. The film uses the same music repeatedly. There isn’t much variety. The sound works well during killing scenes, and the classic chainsaw returns. The sound I heard was not original, but it was usable.

ARCEUS: WHERE TO FIND THE CHERRIM IN POKEMON LEGENDS:
CHESS IS STUPID: CHECKMATE REVIEW
To Top