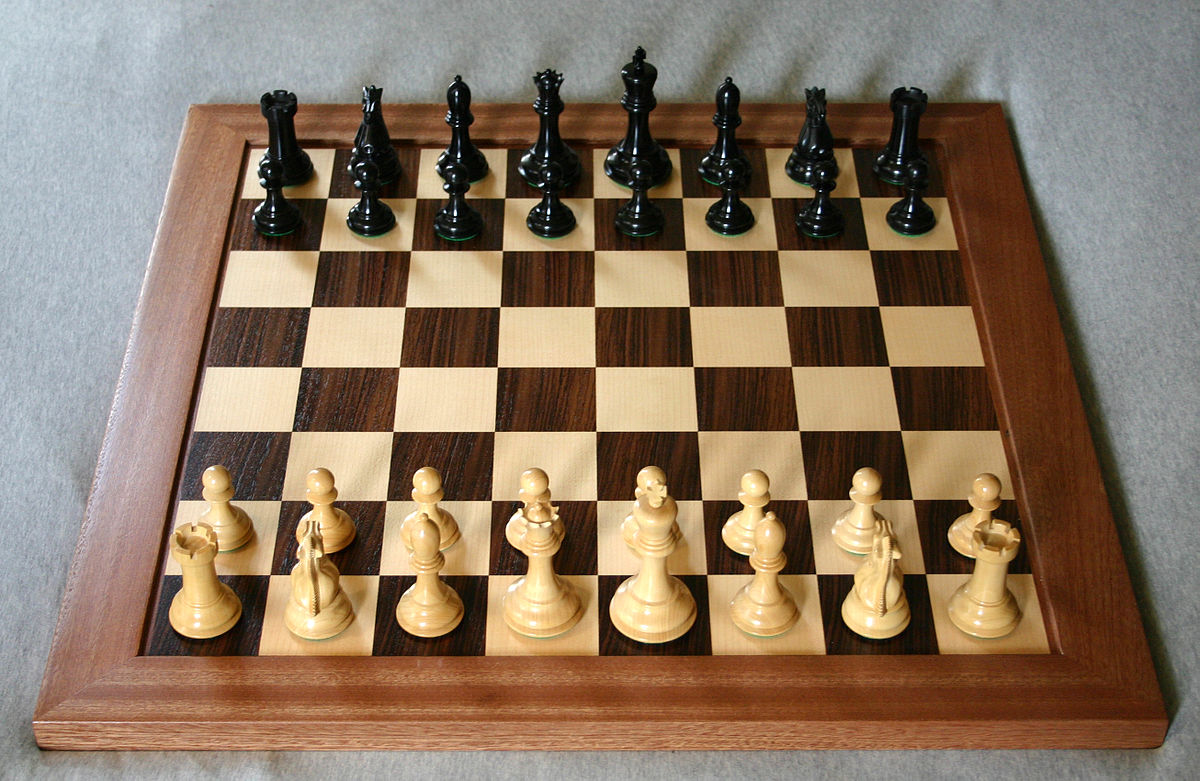 Now available on PC Chess Is Stupid! This Indie 2D twin-stick shooter will challenge you to help a average Chess player, who is being sucked into their computer by a mysterious force in order to defeat giant killer Chess pieces. Is this a game for Kings? Or is it a game of Kings? This review will help you find out!

Indie twin-stick shooter Chess Is Stupid is now available for PC. You play the role of a gamer caught in a chess videogame, and must defend their lives against huge chess pieces. Every piece moves exactly as they do in the game and each one is more dangerous than the others. Although I don’t know much about chess in truth, dear reader, I do know how video games work.

This title is a unique twist on the indie twin stick shooter subgenre. It adds subtle depth to the gameplay. This title is addictive and has a great core loop. This title is for both veterans and newcomers alike. Let’s now get to the review.

The story of Chess Is Stupid is quite simple. The role of a man trying to win in the Chess E-Sports circuit is yours. After a string of losses, their ELO score drops and they declare “Chess is stupid!” They are then pulled into their computer by some magic trickery and into a new world. This world is filled with huge, deadly chess pieces that are determined to take revenge. To return home, the player must defeat waves upon waves of chess pieces on several levels.

It is not the most common story ever told, but it is a good one. As you can see, this story is quite quirky and bizarre. Chess is Stupid‘s writing style is largely tongue in cheek. It has no deeper meaning or subtextual content, and it’s just a little bit of fun. Two cutscenes tell the story, one at the beginning and the other at end. These cutscenes are animated well and convey the tone that the developers want to set.

It’s a traditional, functional videogame story. It’s an added feature that enhances the experience rather than being the main focus. It adds flavor and garnish to the experience, which is a great bonus. This particular videogame meal focuses on the gameplay, and quality is there.

Chess Is Stupid is twin-stick shooter similar to Smash TV or titles of the same ilk. The controller allows you to move around with the control stick and use the face buttons to shoot. Even if you’ve never played a title this similar before, the controls are simple to use and intuitive. In fact, Chess is Stupid is a great introduction to the indie twin-stick shooting subgenre.

Chess is Stupid, a Twin-Stick Shooter that is great for beginners, is a wonderful game.

The title doesn’t try to complicate itself by adding unnecessary gameplay elements. The first level is the only one you will see throughout the adventure. There are no dodge rolls, shot deflections, or anything similar. This game’s goal is to “run and gun”. It’s very practical. It is simple and effective. After the first level, you will be able to grasp the controls for the whole feature. Although the controls are simple, the title doesn’t lack depth. Chess Is Stupid doesn’t look like your typical twin-tick shooter. It has a few tricks that will help it stand out.

“NOT MUCH OF a KNIGHT IS SHE?”

This indie twin-stick shooter features a unique twist. Every enemy chess piece moves in the same way as it would in a regular game of chess. Rooks and Bishops can move in straight lines. This adds complexity to the game, since you cannot just shoot any piece of chess and expect a win. It is important to ensure that you don’t stand on any squares that could put you in direct danger of any enemy pieces. You lose your health if you are hit, then it’s Game Over.

You can get a Game Over in Chess Is Stupid to start over on level one.

Each level feels almost like a puzzle. It is important to be aware of where you are and where you want to go. You can be easily harmed by too many pieces. This means that you must think twice as fast as your opponents. This gives you a tactical edge that’s often lacking in twin-stick shooter titles, and encourages long-term thinking.

You might decide to let the Pawns go last, as they are the most vulnerable and least dangerous. If they reach the other side of a board, however, they can become a Queen, which is a piece that can move in all directions and is extremely durable. This can make it more difficult for you and create a new threat. You can make this work for you, since Queens are your only source to health. If you’re particularly bold, there are both risk and reward.

If a pawn makes it all the way, he is a queen.

Also, Chess Is Stupid pieces can cause damage to the level that you are currently playing. Certain enemy pieces can move and cause damage to the square they land on. It will crack the surface of the square on its first landing. They can damage tiles enough to cause them to break, which will reduce the space available for the player to fight in. It also changes the direction in which some pieces can travel. It’s a fascinating feature. It’s a feature I wish was more prominent in the game. Other than that, the boards you fight on can quickly become very similar due to the presence of landmines and huge unbreakable shields at higher levels.

In my review of Chess Is Stupid, one issue I found was that enemy pieces can become bullet sponges. Although I would be open to allowing this to happen with bosses only, it seems that almost all pieces are bullet sponges regardless of rank. The fact that there aren’t any power-ups to speed up or make fights easier is a contributing factor. The only basic attack you get is the one that can be used on all enemies. This can drag out some levels, especially if you have enemy pieces that are easy for you to avoid but require many hits to defeat.

Overall, I feel that Chess Is Stupid is a fairly engaging and nuanced game. My criticisms are largely based on my experience with many Twin-Stick Shooters. A person who is not as familiar with the Twin-Stick Shooters might be more patient. This is not a title that you will spend hundreds of hours learning the nuances and tricks. It is an entertaining challenge that will keep your attention for a few hours depending on how well you do.

Chess Is Stupid’s art design has a distinctive pixel art style. It feels modern yet retro-inspired. It doesn’t seem to try to emulate any particular system, but it is its own entity. It looks great. Each piece is well-designed and translated well into the game. It’s easy to tell which pieces belong. This is what makes action games such as this so great. They are able to communicate information clearly to their players and make them feel good. This title nails that aspect. You know when an enemy piece is about attack. Even if you don’t know much about chess, you know exactly where they will land and where their attacks will take them.

The exclamation marks indicate where an attack will land.The game does not scale well to full-screen, if I may be so critical. You’ll see the title bar and taskbar when you put the game into full-screen. This is not a problem but it can make the experience less enjoyable. The pixel-art works well at higher resolutions without noticeable stretching or warping. This is a minor issue that you can easily fix or ignore as you play.

The soundtrack is, unfortunately, the weakest part of Chess Is Stupid. It’s not the songs themselves that are problematic, but how they are presented within the game. Some of the music is too compressed. The soundtrack gives the impression that it is trying to convey an older-school feel. However, the way it is executed here makes certain tracks sound more like Flash games from the early to mid-2000s than a nod towards titles from yesteryear. It’s possible to forget the sound or have never heard those titles, but it shouldn’t bother you.

The soundtrack to Chess Is Stupid fits the game perfectly, even if it does sound a bit odd to me.

The music is good, despite the sound compression problem. The tracks are great by themselves, as I said. The tracks convey a sense of progression and there are many of them. Each track has its own feel. They are very well-written and easy to listen to. They add a sense to mystery and urgency as well as action and adventure to the events. I find it a bit disappointing that they are not presented in a more appealing way. You might have different tastes dear listener. However, the music is fantastic.

TEXAS CHAINSAW MASSACRE: A REVIEW OF THE ILL FIT MASK
What is the current maintenance time for Lost Ark servers?
To Top