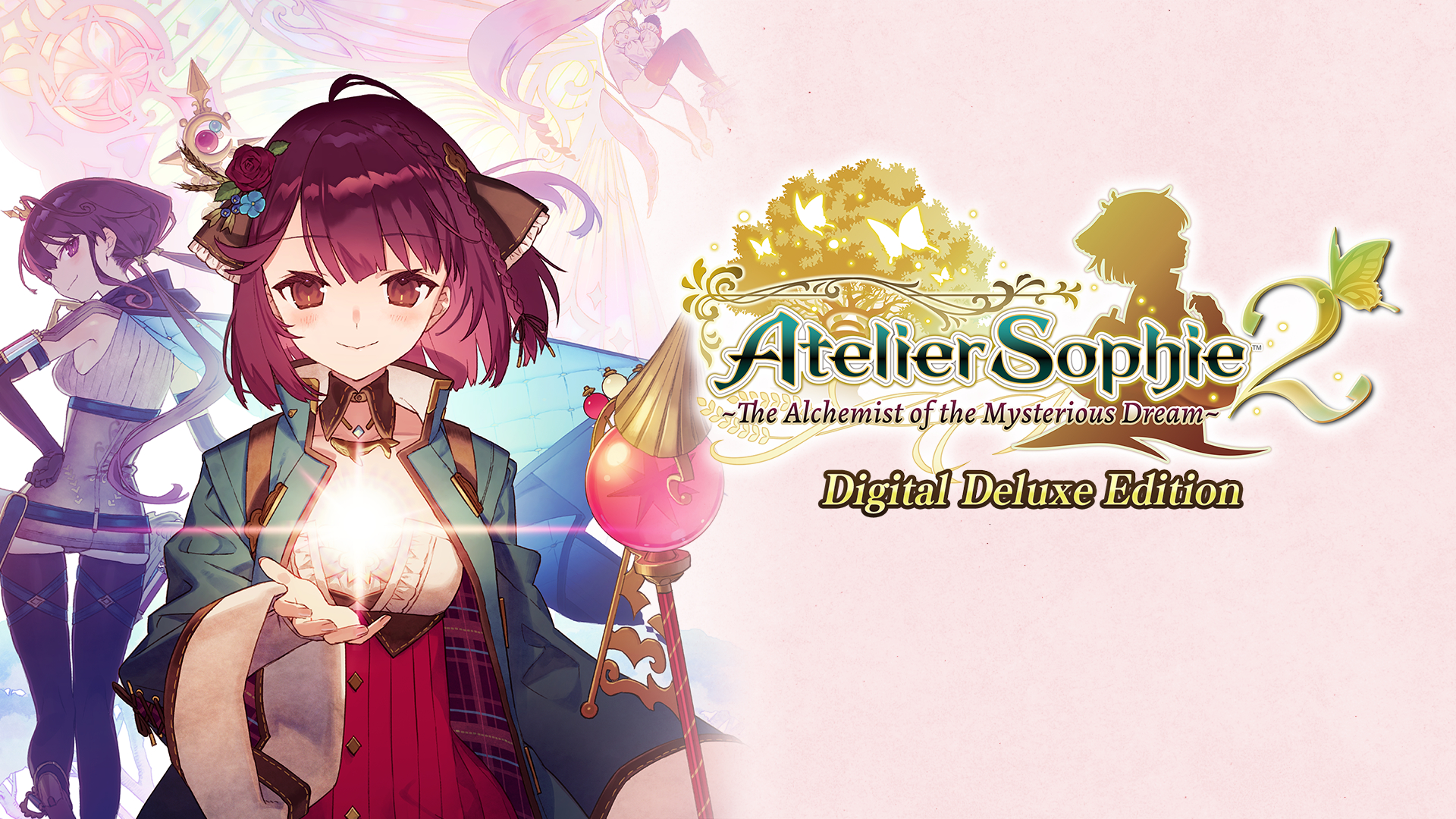 Are you tired of playing hardcore, gritty JRPGs? Do you want to relax and do other things? Atelier Sophie 2 may be just a suitable game for you. You might be hesitant about buying this game, but you will feel more confident if you read the following.

Since 1997, the Atelier series has been in existence. The main series has over 20 iterations alone, not counting spinoffs or remakes. Few other game franchises can boast this level of success.

This title is a sequel to 2015’s Atelier Sophie: The Alchemist of the Mysterious Book. It was released on PS4/PC to positive reception from both critics and fans. People who have fond memories of the original will be curious to see how this sequel compares.

Gust Corporation developed this series, and it was published by Koei Tecmo. Atelier Sophie 2: The Alchemist of the Mysterious Dream is the latest.

Our protagonist Sophie and Plachta, her mentor, begin the game by wandering through a forest. After the previous game’s events, they set out on an adventure to find Plachta’s body. It has been replaced with a doll. They are not alone in their search for Plachta’s body. Plachta had been dreaming of a mysterious tree and had taken them deep into the forest.

They discover this massive tree with its bizarre, logic-defying spiral trunks and a large crystal nestled within it. It is almost sure to be a magical tree. Things quickly get out of control, and the two are separated and spirited away into a magical world ruled by the Goddess Of Dreams. The first hour of the game is pretty much what you’d expect, even though it relies heavily on some old tropes that may be too familiar.

These events don’t set the scene for a compelling story, but they do a great job setting the tone and introducing you to a new world. It doesn’t matter – The opening scenes leading to the events make it clear that this game is character-driven. This also sets the expectation that players will experience strong character development.

The story progresses, and I was able to see that the characters’ strength made for enjoyable interactions, even though familiar tropes sometimes bound them. Although the magical dreamworld our protagonist finds herself in is full of mysteries and exciting things to uncover, it feels very low stakes due to its nature as a pocket dimension.

This is not a bad thing. The game seems to be more casual and maybe a refreshing change if you’ve recently played a hardcore RPG like Shin Megami Tensei. However, there are some problematic enemies that you will encounter early on in the game.

Sophie 2 is, like its predecessors before it, a traditional-styled JRPG that has a solid and well-developed animation aesthetic. There are many gameplay elements that I want to discuss here. I will do so in the order they appear.

To give you a better picture, Atelier Sophie2is a solid game. Some might be struck by the anime visuals or the large, mostly female cast. This and all other Ateliergames might be tempting to take one look and say, “Oh, that’s one of those games.” But, you can counter this with, “Surely not after so many of them.”

It’s OK not to like the anime styling or overtly feminine cast. But Sophie is more than what meets the eye. A solid, enjoyable game lies behind the adorable anime girls and idyllic settings.

You get a tutorial phase the first time you take control of a character in the game’s opening scenes. Sophie2is, not a punishing game. It slowly shows you how to navigate the world and introduces you to other characters.

Erde Wiege, a sizeable semi-open world that you can explore through various interconnected maps, is quite large. You can harvest hundreds of ingredients as you travel, and these will be automatically deposited into your storage area when you return to the Atelier.

You might find yourself in exciting places by completing quests

This is possible with just a tap, even if your pockets are getting full. You will find a quick travel feature in the game that allows you to travel between teleport stones scattered around the globe. This feature is not available directly, but it can be used to return you to the Atelier.

Play as Sophie, our aspiring alchemist. You can either jog at a faster pace than walking, which is her default speed. Or you can sprint by pressing the B button. The options menu allows you to change the function from “hold to toggle,” so flying is not required.

Sophie can jump, but it is more for significant steps than any form of platforming. Sophie will automatically cross certain obstacles as you approach her, such as hopping across barrels to cross the water. The Y button allows Sophie to strike an enemy or harvest ingredients within her reach. Anyone who has ever played an RPG will know the X button, which opens the menu. It is simple enough to use with only a few game-specific quirks.

Each character has a unique weapon type and skill set.

Anyone who has ever played turn-based combat before will instantly feel at home. Overall, it’s a well-executed system with great animations and flows naturally. You can also switch characters between battles, and the game will prompt you to do so before an enemy attack. This will allow you to swap in one of your reserve characters, performing a block and reducing the damage they are receiving. You can sometimes even perform a combination attack to deal a lot of damage.

The combat is fluid and quick, unlike other similar games that require you to watch or skip long attack animations. This fluidity is enhanced by the frequent and rapid switching of characters. While this battle system may seem standard, it flows so smoothly that it’s pretty impressive.

There is plenty of meat in this game, as you can see. You could do worse in modern JRPGs. Many modern JRPGs accomplish this. Atelier Sophie2 has one foot planted in the old school. It manages to feel familiar yet relaxed on a hot summer day. If you are looking for a JRPG, this is a great game to get.

Alchemy is very satisfying and fun. Select your ingredients, and you get different shapes and elements. The grid reminds me of a free-form Tetris. Arranging pieces in specific ways can give you bonuses and improve the quality.

The alchemy was a lot of fun for me. However, if you are bored, you can have the game place your ingredients automatically. The results were generally satisfactory when I did this. I used the auto function to create most items. However, I prefer to make weapons, armor, and accessories with bonus stats. This all depends on how good your ingredients are, adding a layer to the alchemy. To make the highest quality products, you may need to spend some time searching for better components.

GRAPHICS AND AUDIO ARE GREAT IN EVERY WAY

Atelier Sophie2 looks stunning, despite the limitations of the Switch. The world is vibrant and colorful, and the animation and character design are top-notch. The game runs well, even in handheld mode. Although I experienced some framerate issues, the game runs flawlessly on the Switch.

You can transition seamlessly from combat to exploration. At which point, you will be introduced to a familiar but charming turn-based battle system. The animations of the beautifully-crafted character models are a great example of the importance of character. This is where the anime aesthetic shines – you rarely see the more realistic spirit than this unless you are playing an AAA game. It can still be a hit or miss, even then.

Atelier Sophie 2 looks excellent even in handheld modeAfter winning the encounter, you will be treated to a quick screen of celebration and fanfare. The character that dealt the last blow strikes a pose. It seamlessly transitions back to exploration, a small but crucial detail that significantly enhances the experience.

In settings, there are two graphics modes. One prioritizes performance while the other prioritizes quality. The performance mode may allow your battery to last longer while playing handheld mode. It doesn’t, however, make any noticeable difference in visuals. Cutscenes are the worst affected, with textures getting noticeably worse. I can live with this if it keeps my game playing longer.

All voice acting is done in Japanese. Although I don’t speak Japanese, I can understand most of the voice acting Sophie 2. Sophie was a bit annoying at times, but I found her charming. The characters will chat amongst each other as you explore, sharing information about the ingredients they are harvesting. Although it can get repetitive for some people, I didn’t feel the need to turn the volume down despite Sophie’s sometimes irritating mannerisms. Music is the best. Atelier Sophie 2 It is no fool and offers a wide range of music and arrangements that are generally positive. I took full advantage of the fact you can now pair BlueTooth headphones with the Switch and enjoyed the great visuals in docked mode while still enjoying the superior aural quality of a pair of headphones.