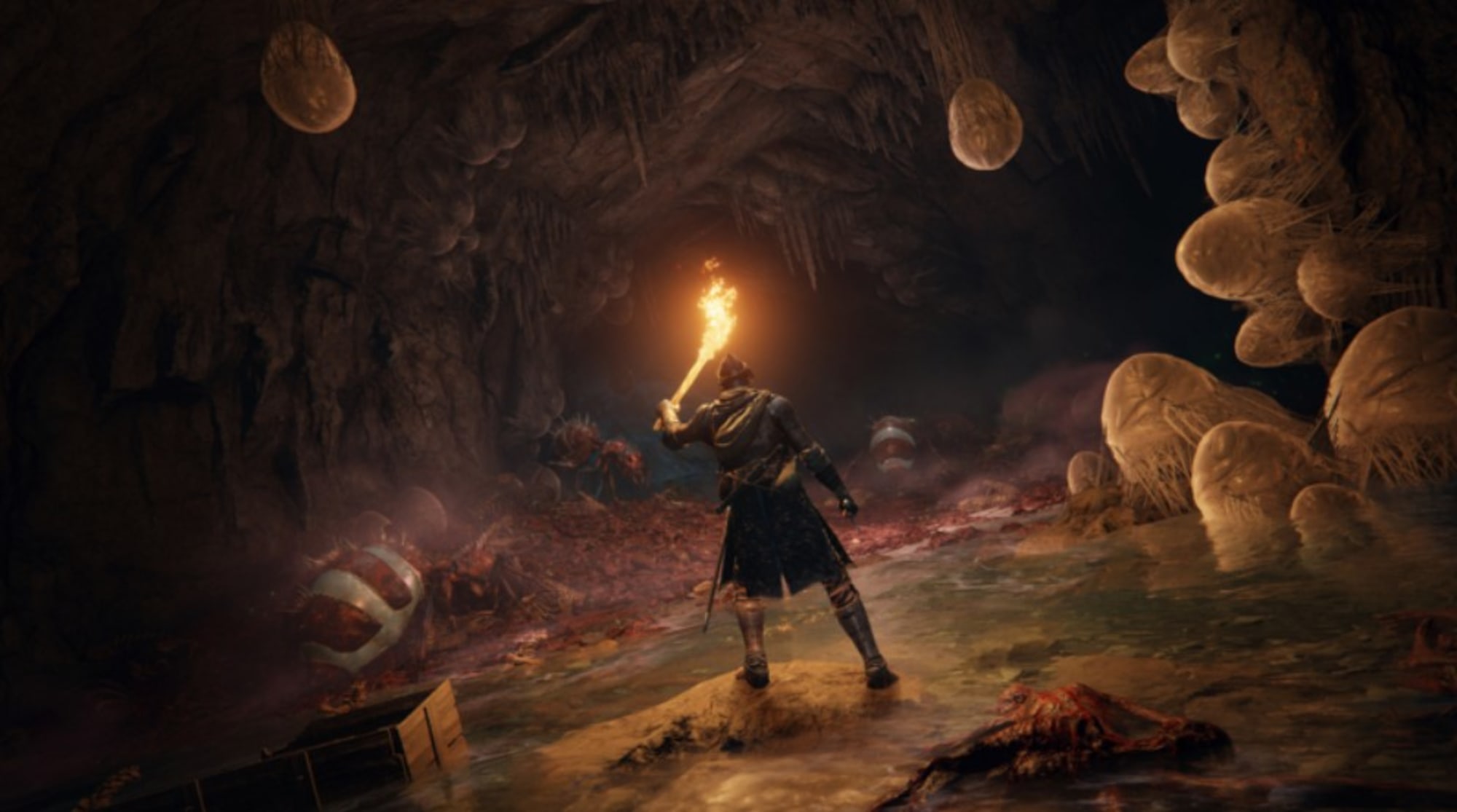 ELDEN RING: EXPLAINED HOW TO USE ASHES of WAR

ELDEN RING: EXPLAINED HOW TO USE ASHES of WAR

Elden Ring has finally arrived. The fantasy RPG features FromSoftware’s signature stat-heavy combat system. It might seem confusing to even veteran Soulsborne players. This guide will explain how you can use Ashes of War Elden Ring. It also describes modifying, duplicating, and locating Ashes of War. You will also learn about weapon affinities and how to obtain a Whetstone knife to begin using Ashes of War.

What are ASHES of WAR IN ELDEN RING?

Ashes of War in Elden Ring can be obtained as items and applied to any armaments (weapons). Some passive abilities can increase stats, such as strength or physical defense. Others perform actions like creating a whirlwind or striking with Holy damage. Each skill requires a different amount of Focus Points (FP), so players who have drained their blue-colored meters and don’t have enough FP flasks can’t use them. At no cost, Ashes of War can be interchanged between armaments.

You can swap your affinity without any consequences. This encourages experimentation and does not penalize you for leaving a skill or relationship. Some unique weapons come with a custom skill that can’t be altered or applied to any other weapon. To use that skill, you must have that weapon.

Ashes of War, unlike Spirit Ashes, are not upgradeable. You can only increase their damage or effectiveness by increasing your stats. They can’t be upgraded, but they can be duplicated so that multiple weapons can have the same skill. First, find a Whetstone Knife to use Ashes of War with your guns.

While exploring The Lands Between, you may have come across many Ashes of War. To use Ashes of War Elden Ring, you need a Whetstone knife. This allows you to apply skills to weapons and alter their affinities.

The Whetstone Knife can be found at Limgrave‘s Gate front Ruins, located just north of the Church of Ellen Site of Grace. It was discovered when the Whetstone Knife was first used in the open world. To find a pathway underground, go to the middle section of the southern ruin. Continue following it until the end. Open the door to find the Whetstone Knife, Storm Stomp Ash of War, and a chest.

HOW TO USE ASHES of WAR IN ELDEN RING

After obtaining the Whetstone Knife, you will need to visit any Grace Site to equip Ashes of War. Now, the Ashes of War option is available. Select it, and then choose the skill or affinity you wish to apply to your weapon.

Elden Ring allows you to use Ashes of War. To do this, press the L2/LT button on consoles (Shift+Right Mouse Button for PC) while holding your weapon with one hand or without left armament. This is very important as maintaining a shield or other equipment in your left hand can perform a parry.

Press Y+RB on Xbox or Triangle+R1 for PlayStation to use a two-handed weapon. E+Left Mouse Buton on If your Ash of War’s name is displayed in the lower-left corner of your HUD, you will be able to use it.

Certain weapon types cannot be used with some Ashes of War. Put another way, and thrust skills cannot be used with certain swords or spears. To cause more damage, use a heavier attack immediately after you have used the skill. This is especially useful for boss fights. Ensure you read every description to get the best out of Ash of War’s skills.

Ashes of War cost FP, so be sure to keep your eye on the blue bar in the upper left-hand corner of your HUD. You can refill it with FP or use it as a weapon to continue your skills in battle if it is low or empty. Ashes of War can be used as often as you like, provided you have enough FP.

You can also find particular Ashes of War within Elden Ring which drain your health and not your FP. You should practice your skills near or at a Site of Grace to see the effects and then return to health and FP after resting.

HOW TO CHANGE ASHES IN ELDEN RING

As we mentioned, swapping Ashes of War among weapons is free. Once you have mastered a new skill, all you need to do is travel to any Site of Grace and select Ashes of War. To switch between Ashes of War Elden Ring and choose the weapon you want to use, select the Ash of War.

These skills and affinities can be equipped and unequipped as many times you wish, but only at a Site of Grace. To use or change Ashes of War, you will need the Whetstone knife.

FromSoftware’s latest title has many systems and stats, but very few are easily explained to players. Although it may seem difficult at first, you can use them to your advantage once you understand how each affects your damage output.

The basic idea is that different affinities can affect the damage you do and how you protect yourself from it. The more you damage specific attributes, the higher your affinity type. This will adversely affect other characteristics of the weapon. Applying the Sacred affinity, for example, will increase your Holy damage, defense, and physical damage, but decrease your security and damage.

A grade can easily represent this scale. A degree is better than D. B is better than C. Higher grades will cause more damage. You can also check Attack Power and Damage Negation numbers to see how changing affinities affect character stats.

Each weapon has a few affinities that can be modified. It is not possible to change the relationship of a gun or transfer its skills to other weapons using the Ashes of War. If you have Iron, Flintstone or Black Whetblades, you can add more affinities for standard weapons.

You can duplicate a skill if you like it. Take Lost Ashes of War to the blacksmith. Each duplicate costs one Lost Ash of War.

The upgrade item is infrequent. Only a handful of locations have been found in the game. These are the locations you can find Lost Ashes of War Elden Ring.

WHERE TO FIND ASHES of WAR IN ELDEN RING

Ashes of War can be found in Elden Ring:

Ashes of War do not drop randomly. This means that you will get the same one at each location during any playthrough. This is helpful if you know precisely what build you want to use during a new playthrough or New Game Plus.

Advertisement
ELDEN RING: EXPLAINED HOW TO USE ASHES of WAR