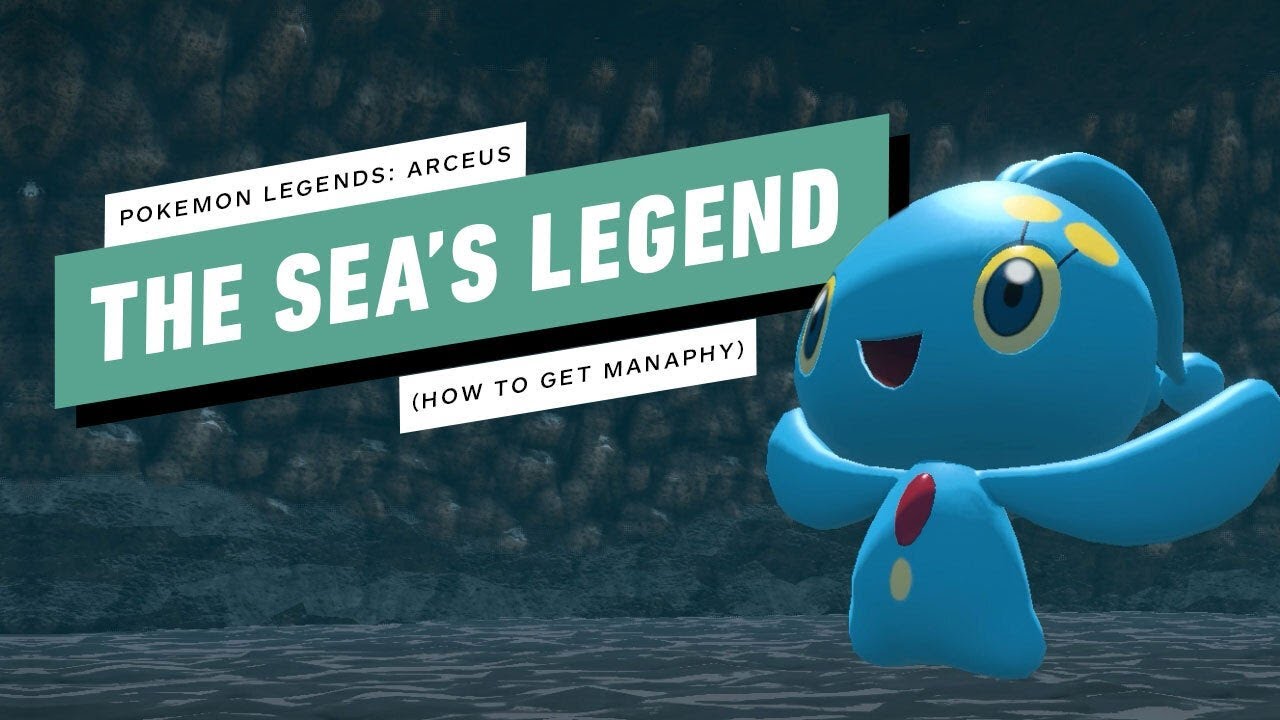 Pokemon Legends: Arceus lets its players experience the mythical Manaphy from the ancient past. This guide will help you navigate the complicated story of request 66 The Sea’s Legend. It will also help you catch both Manaphy and Phone.

Request 66 in Pokemon Legends. Arceus can be a problematic side quest, but it is one of the most rewarding because it allows you to catch Manaphy or Phone. The Sea’s Legend quest will allow you to live the tale of a brave man who wanted to meet the prince. The story was handed down through generations to Sinnoh today, still readable in Canalave Libary. The following is the text:

Keep this in mind. This guide will give you all the information you need to submit your request. This guide will help you to complete The Sea’s Legend Request. It will also show you how to catch the Sea Guardians.

If you are a 5-star rank or higher, you can find Request66 when you reach Coronet Highlands in Mission 11. Talk to Professor Laventon at Galaxy Hall in Jubilife village. The Blackboard will display the mission. Professor Laverton will inform you about a mysterious swimmer that he saw on Prelude Beach as you activate “The Sea’s Legend.” It could have been a Pokemon, which Professor Laventon believes is the case. He also suggests that the mission should be activated in the Cobalt Coastlands. Laverton calls the local warden to get more details. Laverton shares a story about a princely Pokémon, but nobody knows much beyond its existence.

CATHING THE POKEMONS YOU NEED

The story shows that the prince was a brave human who sought the assistance of three Pokemon. Mantyke and Buizel were joined by a Qwilfish that had huge spikes. The first step to complete the mission is to catch these three Pokemon and add them to your party. You won’t need to travel far as all three Pokemon are found in the Cobalt Coastlands.

Head to the Cobalt Coastlands, and you will find Tranquility Cove or Gingko Landing. Mantyke is very common in these areas. They can be seen in the water at any hour of the day and in any weather conditions. It should not be difficult to catch a Mantyke.

There’s a good chance that you have already caught a Buizel in your previous playthrough. You may have seen it in the Obsidian Fieldlands. If you don’t yet have a Buizel, it is also available in the Cobalt Coastlands. It can be found near Aipom Hill or Bather’s Lagoon at any hour of the day or in all weather conditions.

OBTAINING “A QWILFISH WITH HUGE SPikeS”

The Sea’s Legend’s last Pokemon is the most difficult. Overqwil is the Hisuian evolution of Qwilfish. This legend describes the Pokemon. The first step to obtaining it is to catch a Qwilfish. You can see one in Tranquility Cove or Lunker’s Lair, or Islespy Shore. They are widespread in Tranquility Cove. It is similar to Mantyke or Buizel and can be caught at any hour of the day, in any weather conditions.

Once you catch a Qwilfish successfully, you must make it an Overqwil. Add it to your party if you haven’t done so already. This can be done by returning to any field camp and speaking to the Galaxy Member. You can tell him to “see your Pokémon” and get rid of Qwilfish. It must use “Barb Barrage” 20 times in strong style to evolve into Overqwil. You can change the moves of your Qwilfish to include Barb Barrage if it does not have that move.

PREPARING FOR THE PARTY

You are now ready to meet the prince. Make sure you have plenty of Pokeballs and healing items with you before you go. Ultra Balls will be a great help in your next challenge. It would be best if you were at least 6-stars in the Galaxy Team to craft Ultra Balls. If you aren’t yet at 6-stars, I recommend you play more of the main story and then return to this side quest once you’ve made them. You can also stack up healing items.

If you haven’t been, make sure to return to the Cobalt Coastlands. Talk to your local Galaxy Member to change your party to include Mantyke and Buizel. You can also take Pokemon that are good catchers with you to other party slots. Gallade, Darkrai, Sneasler and Gengar are all good options. These Pokemon can all learn False Swipe. This move does decent damage but doesn’t kill the enemy Pokemon. It is perfect for catching. You can also use actions such as Hypnosis and Dark Void to inflict statuses that make it easier to see the Manaphy and complete the Sea’s Legend.

Head up the peninsula with the middle finger shape as you get up in the morning. Two horn-shaped rock formations will rise out of the water. Basculegion can be used to sail between them. A textbox with a Pokemon’s cry will appear. It will also inform you that something sounded like a boulder moving in the distance. You can now head to Seaside Hollow.

Once you get to Seaside’s Hollow, you will finally meet the prince: Manaphy. The cave isn’t the only one with three Phones, however. They’re all easily catchable. Before entering the cave, save. Before engaging in combat, the Phones and Manaphy inside will protect themselves.

Manaphy will reach level 50, while the three Phones will get 30. Wait until all the Pokemon are far enough apart to be able to engage them individually if you have trouble fighting them all at once. If you happen to knock Manaphy and one of the Phones out, they will respawn once the area resets. You can either sleep until the following day or leave the room and come back later. If you don’t want all the hassle, it is best to save your data and then reload in an emergency.

COMPLETE THE SEA’S LEGEND AND REWARDS

After your crazy adventure, return to Professor Laverton at the closest field camp. As a token, he will give you three comet shards. These are very valuable and can be used to purchase many expensive items. This is a great way to upgrade your inventory or buy expensive things.