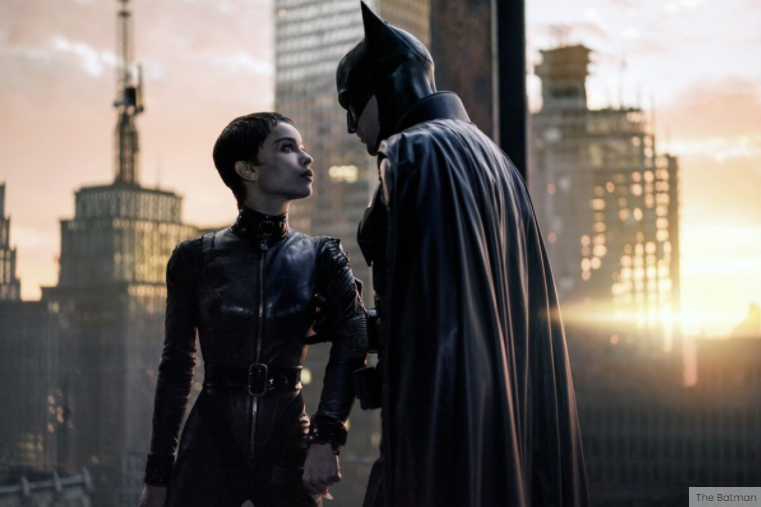 Since I can remember, I have been eagerly awaiting The Batman. I was curious to see where Robert Pattinson would lead us. Also, a new take on Batman villains and characters we haven’t seen before. It looked amazing in trailers, so I was optimistic that it would be just as good. The film is beautiful and well-made, taking the Batman story in a new direction that we haven’t seen in live-action movies. It is a little too long with some slow moments during the investigation and a lengthy ending. The rest of the film is great.

Although I will not say Robert Pattinson was my favourite Batman, that honour will likely always go to Christian Bale, he has done an excellent job portraying the character. He is menacing and you can trust him when he says he is vengeance. And he has the strength and brutality to play the role. Bruce Wayne’s Bruce Wayne is definitely more emo than the philanthropist, playboy, we saw in previous iterations. But he’s more sad and broken because of all he’s lost. This helped the movie feel more real, particularly in his scenes with Alfred (Andy Serkis), and Selina (Zoe Kravitz), aka Catwoman (Zoe Kravitz). Although there are only a few scenes between Pattinson & Serkis, they make them count and provide enough information to help us understand their relationship and how close they are.

One of the things I dislike about the Nolan Batman movies was how little Bruce had to do with his love interest. Although he loved Rachel, he was not in a good relationship with her. Talia was his fling, and he eventually ends up with Anne Hathaway’s Selina Kyle. However, none of these relationships felt convincing or well-developed. Pattinson is a different story. Kravitz is a completely different story. Their sex is so intense, with long periods of longing stares and deep kisses. Selina’s debut in the film is a show-stopper, and Kravitz flawlessly portrays her character.

Despite its noir elements, the film is quite funny. Colin Farrell’s Penguin is the main source of humour. He’s a comical character who makes a great impression, even though he isn’t a major part of the story. Paul Dano is not afraid to play villainous, mad characters and does an amazing job with his Riddler. Although the costuming and look are less extravagant than that of Jim Carrey’s version, his madness is still frightening. It’s amazing how he can do that in stillness or when he raises his voice, which is simply incredible acting.

Some people have said that Heath Ledger’s Joker’s Riddler looks very similar to his Riddler. Madness comes in many forms, and the Riddler’s madness feels calculative, angry, and explosive while the jokers is more restrained, yet chaotic. Carmine Falcone, John Turturro’s character, was the only one that seemed a little lacking. Turturro is so familiar with comedy roles that I couldn’t imagine Turturro as a mob boss. It’s possible that he was trying to be unassuming but it didn’t work.

The look and feel for Gotham deserve the most praise. Matt Reeves, director of Gotham, has done an amazing job bringing Gotham alive. The setting isn’t distinctive in previous versions. Although Nolan gives Gotham a cleaner look with The Dark Knight, Harvey Dent has been cleaning up the streets of crime. But Gotham felt very generic. The Batman gives us a real sense of Gotham from Wayne Manor’s gothic mausoleum to the seedy nightclubs. It feels expansive and vast.

I must also wax poetic about the cinematography. Some of the shots are breathtaking and I love how the oranges and reds are used as contrasts to the darker Batman. Batman is everything that a blockbuster should, and more. This is the movie you should see if you haven’t yet made the journey to the cinemas. It is worth your time and energy. I cannot wait to see what Reeves has in store for us next.