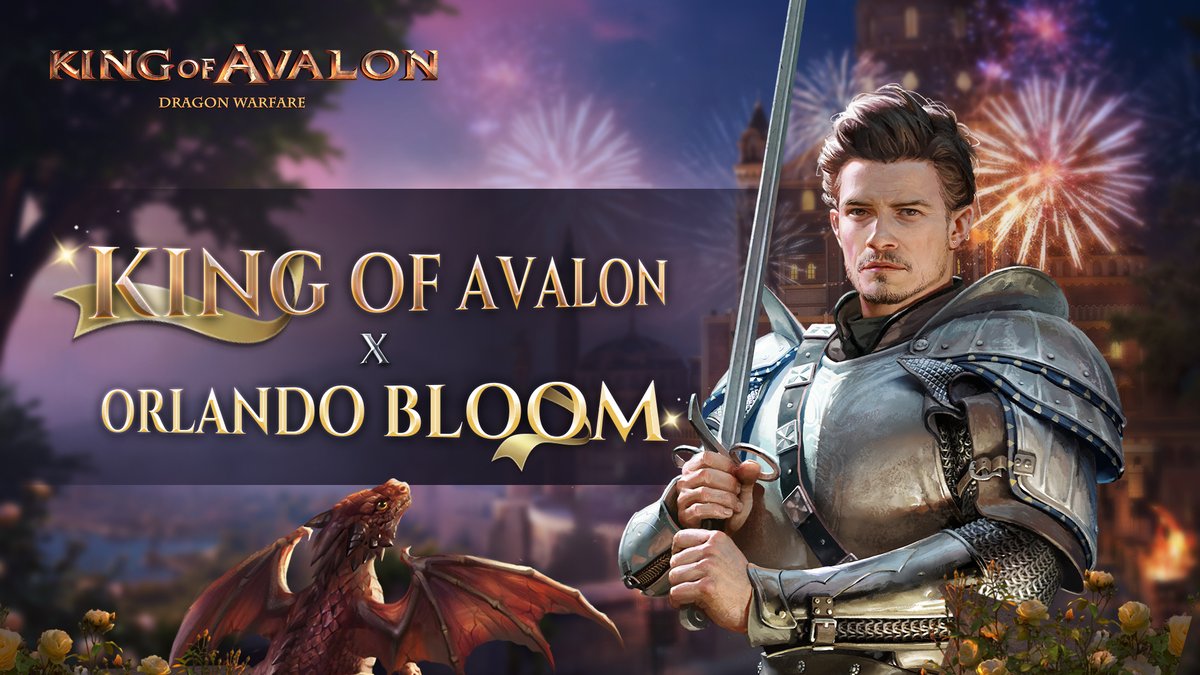 Apparently jealous of Katy Perry’s affiliation with the Pokemon franchise, Orlando Bloom has made his own foray into gaming. In a partnership that will launch on March 10, 2022, the actor’s name and likeness will be available for the mobile medieval strategy game King Of Avalon.

Orlando Bloom is now Orlando the Nightshade, King of Avalon.

About the ever-increasing connection between movies and games, Funplus’ official press release quotes Bloom saying that “At an age when games and movie character lines are blurring, it was cool seeing my character, Orlando The Nightshard, come alive.”

Orlando the Nightshard: Who are you?

Orlando the Nightshade, half-Unmelted knight, was injured in a run-in with the Unmelted while travelling alone. He now wears a prosthetic made of the rare Nightshard material and carries a knife made from that material.

The Nightshade Blade is Orlando’s unique King Of Avalon skill. It deals additional damage to all foes. The level of damage depends on the player’s Infantry Health. Additionally, the Troops led Orlando the Nightshard to do additional damage each round.

FunPlus, a King of Avalon developer, gives away $10 gift codes to hero items in celebration of the Hollywood partnership. Enter ORLANDO2022 into the game. This code is only redeemable by Lunar Lords that have attained or exceeded Level 16.

How to play King Of Avalon

King Of Avalon can be downloaded for free on Android and iOS devices. You can now download King of Avalon for free on iOS and Android devices.