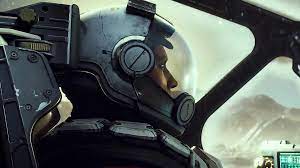 Bethesda unveils Into the Starfield vlog that showcases in-game factions

Bethesda unveils Into the Starfield vlog that showcases in-game factions

Bethesda released a new Starfield developer vlog that features a roundtable discussion about the game. The trailer is called Into the Starfield and focuses on the larger ambitions of the game. It also contains a good overview of a few features.

Dynamic factions would be the summary of the new Into the Starfield vlog trailer. There are many large factions in the game’s universe. We have seen four factions so far.

Each of these factions in Starfield represents different themes that you would expect from a Sci-Fi Fantasy. The United Colonies is the first on the list. It is like the Star Wars old republic with a group of planets under the control of a republic. This republic acts as a major power and source of stability in space.

There is also the Freestar collective. These are frontier colonists who set up camp on new worlds. It draws its inspiration from the frontiers of the U.S., where the space cowboy fantasy thrives among these forgotten farers.

Ryujin Industries, a space-faring technologist/production faction, is a good choice if you like hype conglomerates. You will be treated as an employee and get to experience the daily lives of the workers at the outer edges of space.

Finally, there was commentary about the companion side to RPGs. A robot called VASCO was featured in the Into the Starfield trailer. It asks you how you can help it. This is perhaps the first glimpse at the gameplay aspect of the game. You and your robot ship friends will plan your activities in space.

SEASON 2 OF CUPHEAD SHOW PREMIERES DURING THIS SUMMER
Elder Scrolls Online (ESO), 7.3.5 Update: Legacy of the Bretons Players
To Top