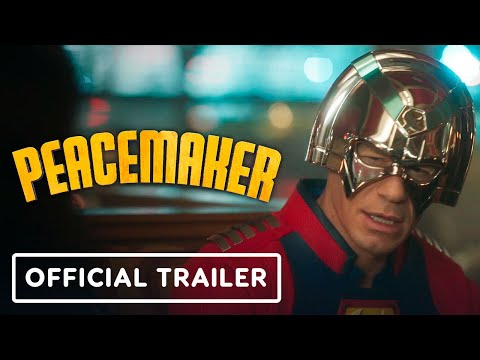 PEACEMAKER REVIEW – THE CHARACTERS TOOK OVER THE SPOTLIGHT

PEACEMAKER REVIEW – THE CHARACTERS TOOK OVER THE SPOTLIGHT

Christopher Smith, also known as Peacemaker, has survived the events of The Suicide Squad and is now part of a new black ops team that will fight another global threat if he can cooperate with his dysfunctional team and face his personal demons first.

John Cena found the role that fits him well. Or, perhaps, more accurately in this instance, like a helmet-shaped toilet lid with capabilities that range from curious to catastrophic. Former WWE star shines as the title role in HBO Max’s Peacemaker. This eight-episode series takes place following the events of the 2021 DC Extended Universe movie Suicide Squad. Peacemaker was the first DCEU series, and it has been a great foundation.

Suicide Squad was a half-reboot and half-sequel to the 2016 film Suicide Squad. It was written and directed jointly by David Ayer and David Ayer. James Gunn’s 2021 version was not subtle in how it used Gunn’s Guardians of the Galaxy formula, but its plot and how it added its flavour almost made up for the mistakes of the original movie. It was enough to approve Gunn’s Peacemaker sequel.

Although the DCEU needs to address many issues for its extended universes to thrive, Peacemaker is a fun superhero series. It gives enough context and backstory to allow viewers who have not seen Suicide Squad jump in. It’s highly recommended that fans skip some key spoilers if they want to avoid them.

THE STORY: ULTIMATELY REPLACEABLE, BUT…

Peacemaker returns nearly half a decade after the events in The Suicide Squad. Christopher Smith, the superhero Peacemaker, recovers from almost dying while serving as Task Force X’s leader and can be re-enlisted in the world-saving plans of Amanda Waller (and his associates) once again. Smith is now part of the A.R.G.U.S. Black ops team “Project Butterfly.”

A motley crew of misfits joins Smith. Waller’s black ops team has a couple of personnel who believe they have been assigned the task to piss Smith off. Waller’s mother pushes Waller’s daughter into the fray. To top it all, Vigilante is a dim-masked, psychopathic vigilante who considers himself Peacemaker’s best friend. He also plays a part in the chaos. A veteran operations chief with a dark past leads the team.

Cue the shenanigans. We uncover the truth behind Project Butterfly, and there is a world-saving twist at the end. The overarching plot can be replaced, and the twists are predictable or, at most, unsurprising. The characters in the front still triumphed despite the lacklustre story in the background. The mediocre plot helped elevate the characters and their complicated relationships, despite being a bit slow. You could change the antagonist’s motives or replace the stakes. Peacemaker‘s characters, stories, and the overall story would have been a strong point for the series.

THE CHARACTERS: HIGHS AND HEFTS

Because almost everyone and everything is not suitable for the mission, all the emotional highs and lows and all the funny moments were so successful.

Cena’s Peacemaker, a manchild with lethal mercenary skills, is Cena. Although this is a questionable act, his willingness to kill people when brought in makes him a negative participant in the operation. Leota Adebayo, Waller’s daughter, played by Danielle Brooks, knows that she is helping with a black-ops project way over her head. Her previous experience was working in an animal shelter. Her poor decision-making puts her in danger, and she loses her will to succeed with the ruthless manipulation her mother is known for.

Actor Steve Agee portrays John Economos as a socially awkward tech expert. He makes a critical but simple decision that could endanger his relationship with the Peacemaker and the confidentiality of the mission. He is the least physically competent team member and finds himself in difficult situations and altercations. Convincingly played by Freddie Stroma, Vigilante has a psychological profile that is better suited for a school shooter than a vigilante (though it’s possible to argue that this is a thin line). He is socially inept, devoid of empathy or emotion, and most often, just plain dumb.

Only Jennifer Holland’s Emilia Harcourt, an actress, is the perfect candidate. She’s an experienced operative with a hint of femme fatale charm and rugged combat prowess. Clemson Murn (played by ChukwudiIwuji) was revealed to be the worst member of the team.

Yet, it works. Waller’s Suicide Squad-style approach makes sense in a world with supervillains and superheroes. In this wild world, “Project Starfish” turns out to be a kaiju starfish, while “Project Butterfly” is actually an alien butterfly bodysnatcher. Peacemaker‘s absurdity works.

Character-driven development is the key to the success of eight episodes. The show can convey the subtle details of the characters’ personalities thanks to both the writing and acting.

Cena was the owner of every aspect of Peacemaker, positive and negative. Cena was both innocent and ignorant, an abuser and abuser, and rude and regretful at the same time. Cena created a character that could navigate through a period of uncertainty, change, and unshackle. Cena was at the beginning of the series regretting the death of Colonel Rick Flag in The Suicide Squad. He began to question his methods as the mission progressed and his relationships with others.

This was due to his father, a supervillain and white supremacist, who had abused him almost every kind of abuse since childhood. Betrayal was what he experienced the most. He eventually gained personal freedom by literally and metaphorically fighting against the demons from his past. But they will always remain a part of him.

Peacemaker’s writings have one flaw. It’s the fact that he was not worse than he was after all the events he had to go through and his father’s actions. Maybe that’s due to the people he had met along the way – he still had enough influence to be an effective leader. This is good news for Peacemaker’s future appearances or seasons: there will be more nuanced topics and more questions.

The rest of the cast were given less development than the screen time. However, for the most part, the writing was good, and the acting was great. Brook’s Leota Adebayo character could have been more fleshed out, but she was well-rounded as an individual finding her purpose and herself. The emotional journey of Peacemaker was made more meaningful by her relationship with Peacemaker.

It would have been easier to accept the antagonists’ side. One notable aspect of the so-called butterflies is that Murn, the mission team leader, was one of them. The plot twist was the main payoff for this character, and the killing of Murn to motivate and galvanize the team was predictable. Unlike many enemy armies in Marvel and DCEU, Peacemaker is not a CGI enemy army. Although the butterflies are CGI, as bodysnatchers, they make up the enemy army.

Maybe that was cheaper for the studio, but Peacemaker still managed to bring a little humanity and character into many of the people who the butterflies would eventually live in. Their stories and lives were tragically cut short. The CGI villains still brought a sense of sadness to their lives.

Judomaster is a more mixed bag. In fact, some scenes show him (e.g. The convenience store beating down two random assholes could have been cut without any adverse effects. He was merely a supervillain/meta-human who was able to fight and create doubts about the motives of the alien butterfly.

However, the White Dragon is something quite different. Robert Patrick played August Ransom Smith (a.k.a the White Dragon) with vile efficacy. He was an incredibly powerful secondary antagonist. The entire mess with Chris was Auggie’s fault. The peacemaker, the child, still desired to find his paternal love in the irredeemable father. Therefore, the White Dragon served the plot and the whole world by his death. Patrick’s performance of Auggie Smith left an indelible impression on the audience, just as the White Dragon haunts Peacemaker’s psyche after his death.

The cast performed well thanks to a dark and funny script, which highlighted unique characters. Vigilante, for example, with his social ineptitude and psychopathy, easily derails dialogues into funny skits or provides horribly-slash-perfectly timed levity during moments of tragedy or tension. It was easy to make humour out of the unique dynamic between characters, as, in one scene, Peacemaker read a list of names that Economos, a tech expert, could have made instead of his father.

EDITING AND PACING: IT WORKS AS a SERIES

While some series work better as movies or trilogies, Peacemaker is well-suited for its eight-episode format. While many scenes, including R-rated material and parts, can be cut to a minimum effect, the average episode’s runtime of 40 to 46 minutes allowed the show to breathe. Eight episodes allowed for more character development. It allowed for a more realistic portrayal of relationships as they developed, and it gave more weight to building ups, betrayals and resolutions. It gave a deeper sense of meaning than flashbacks and scenes that showed Peacemaker becoming overwhelmed by emotion, music, or sex.

A scene that you feel could have been cut was often a good example of how to provide context for characters, backstory, plot devices or progression. Peacemaker would not work as well as a movie or a trilogy. It had to be patient and allow things to settle down.

Although the editing was almost film-quality, it was odd that Cena’s fight sequences were combined with a few more cuts than was necessary considering his abilities as a wrestler. Some episodes had after-credits scenes that looked like alternate or gag reel versions of the ones on the show. This, along with the dance number at the opening credits, was a nice touch.

Advertisement
PEACEMAKER REVIEW – THE CHARACTERS TOOK OVER THE SPOTLIGHT