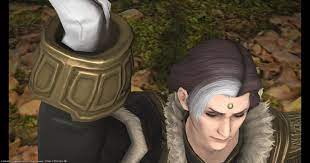 In 2020, conducted a massive poll about Final Fantasy. Surveys asking users about favorite games, favourite bosses, favorite music tracks and favorite characters resulted in 468,654 votes. Emet-Selch, a relatively new FFXIV antagonist, was able to climb his way up to the top of the FFXIV characters list by being voted sixth most beloved Final Fantasy character.

A new poll by Famitsu, translated via Audrey “Aitaikomochi” Lamsam, shows that the Ascian is still in control of the top spot in FFXIV. G’raha Tia (the world’s most popular cat boy) and Haurchefant Graystone (the staunch hero) are his closest rivals.

Only the top three characters were listed. Other favorites were listed in a general unranked listing that includes many FFXIV mainstays such as Alisaie and Thancred, Y’shtola and Estinien and Tataru. Additionally, expansion-specific characters such as Zenos and Venat, Hythlodaeus and Hermes, Ardbert and Aymeric were also included.

With Patch 6.1 coming soon, it is clear that Ameliance Leveilleur will be the rising star. She is the mother of the twins. She will be the focal point of the Custom Delivery quests, and she will also sport a chic tuxedo. We are looking forward to her increasing star power in future.

The FFXIV Team had no idea at first what the Ascians were up to
Summerfall Studios renames its Musical Adventure: The Roleplaying Musical to Stray Gods
To Top