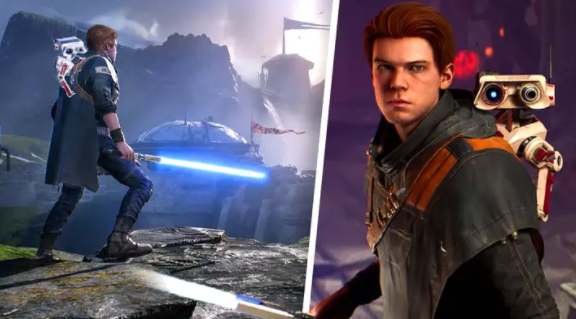 Insider Says ‘Star Wars Jedi Order: Fallen Order 2″ Will Be Shown in May

Insider Says ‘Star Wars Jedi Order: Fallen Order 2″ Will Be Shown in May

For Star Wars fan, it’s an exciting time. We have a host of other games in the pipeline, along with the Disney+ series Obi-Wan Kenobi. Two weeks remain until LEGO Star Wars Saga is released. This looks amazing, by the way. And there are unspecified but likely huge amounts of weeks until Star Wars Eclipse which, according to some reports , might not be out until 2027. Ok, maybe that’s not so exciting.

The Jedi Fallen Order sequel will be released in the near future. It was announced in late January . It’s being produced by Respawn Entertainment who also created the original. We don’t know much about it. It sounds like we might be hearing more soon.

When he was asked about the release date for the game, he said that he couldn’t recall. He felt like a previous speaker and could not remember what s/he said. He said that he thinks it won’t be this year and will likely release it in the early part of next year. ” Dragon Age 4 has 18 months to go, Dead Space was earlier this year, but they moved it and confirmed that. Jedi Fallen Order 2 could be later in the year. Let me know, and I’ll try to find the answer. I felt like I had it, but I forgot.

This bit doesn’t really help, but we’ll be watching to see his response. Another prominent insider, Tom Henderson claimed that Fallen Order 2 was expected to be released in Q4 2022. This means there is still hope for it to be out before the end of this year. Keep in mind, however, that this information is not official and should be taken with a grain of salt.