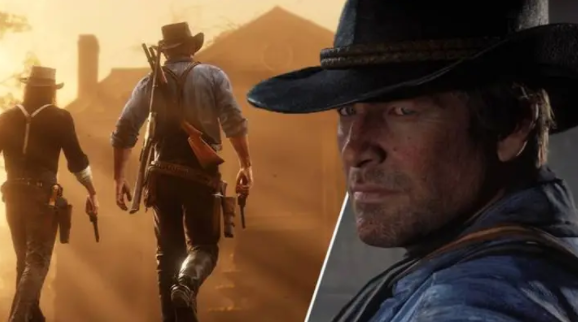 Members of the Red Dead Redemption 2community are horrified that hackers targeted a Twitch streamer in a racist harassment campaign. They have called for Rockstar to intervene.

Red Dead Redemption 2’s Red Dead Online isn’t as popular as Grand Theft Auto Online but it still has a loyal playerbase that regularly beg Rockstar for more time and effort to improve the experience with new features and content.

Players were shocked and outraged when a Twitch streamer revealed the hackers had been forcing racist content into Twitch.

Dexerto reported that a streamer named ‘MiltonTPike1’ revealed what hackers were doing in Red Dead Online and called Rockstar to resolve the matter immediately.

He wrote on Tweet that he had stopped playing Red Dead Online because script-kids would nonstop teleport streamers to one area, change everyone’s name to N-word, dress as KKK members and burn/hang players with all the other players.

He said that the issue had even infected the single-player Red Dead Redemption.

Tez2, a prominent Rockstar insider, responded to the thread and joined the streamer’s call for Rockstar to act.

They wrote, “Unfortunately there’s nothing you can do without Rockstar intervening.” Rockstar provided a background update and explained that the whole “dress as KKK members” incident occurred before. It still happens, surprise! However, Red Dead Onlinebackground update are not as frequent as they used be.

Another user said, “I wouldn’t be surprised if this didn’t get fixed. This is also happening in GTA Online. It’s not as bad as the KKK stuff but it’s been going on for so long without any fixes.

Should You Buy Ghostwire Tokyo?
Insider Says ‘Star Wars Jedi Order: Fallen Order 2″ Will Be Shown in May
To Top