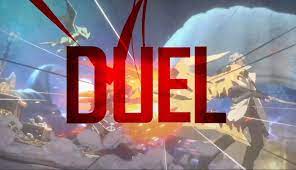 After months of teases, the character reveals. Nexon and Arc System Works have offered players another glimpse at DNF Duel. After a successful beta test, the developers have uploaded a new trailer that showcases the game’s amazing visuals.

Dungeon Fighter Online (DFO), one of the most popular fighting game franchises worldwide, has attracted over 700 million players as of May 2020.

Many continue to enjoy DFO. However, Neople and Arc System Works have announced that DFD will launch on June 28.

The beta received positive feedback from those who took part. Fans enjoyed the simple but effective combat system. This trailer, which is 40 seconds long, shows how the combat system works in real-time. Several characters unleash deadly combinations on their opponents.

DNF Duel will feature not only a long list of characters but also rollback netcode. This feature allows inputs to be treated as coming from the same console. It guarantees fair play.

DNF Duel was also confirmed in the trailer to join the 2022 Arc World Tour. This tournament circuit features players from all over the globe competing for $100K in prize money.

DNF Duel is currently not free to play. The game’s foundation is DOF, so it’s possible that it will happen. However, DNF Duel may be released with a price tag with the increasing competition in the fighting genre.

Escape Death with “In Stars and Time”, the New RPG that Launches Next Year
Lego Star Wars: The Skywalker Saga takes the Series to Higher Ground
To Top