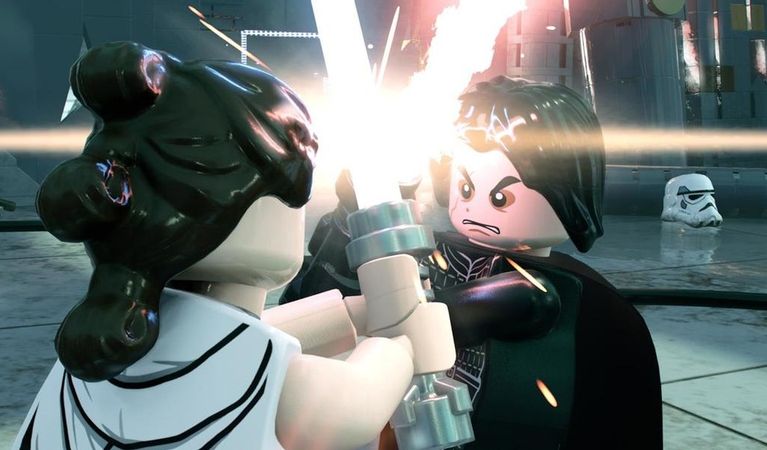 Lego Star Wars is a game that I hold a special meaning for. My younger brother and I used to share a computer while playing Lego Star Wars II: The Original Trilogy back in the day. This was my first time really being engrossed in a video game. We couldn’t stop until our True Jedi rank was achieved on all stages. We also collected many optional unlockables by replaying levels with different characters. Finally, we spent an absurd number of studs purchasing the invincible Yoda Ghost.

I was optimistic but sceptical when the Skywalker Saga was revealed. Although I haven’t tried every Lego game, none have captured the same magic.

From what I saw during a preview of the first two levels, it looks like we are back. Lego Star Wars is back in all its delightful and goofy glory, and I couldn’t be happier. TT Games hasn’t stopped there. They just recreated the game from 2006. It’s an entirely new game.

Anyone who has seen Star Wars films will know what the game’s story is. I was required to save the Death Star plans from invading stormtroopers. I also had to give the plans to R2-D2. Next, I had to navigate through Mos Eisley’s spaceport to find Han Solo, the Millenium Falcon and repair it so we could continue our quest.

This is not a new concept.

It is not the same linear experience you would expect from a Lego-based version of a 1970s film. It is also far from the Lego Star Wars games that were so popular in the past, which provided a few reasons to replay but not a lot of incentive.

There are many ways to get to the next level.

Talk to NPCs in hub regions to get mini side-missions for more collectables. From what I have seen, there is a solid selection. Jawa sent me to search for a woman who had gotten hold of the Kyber Brick (the game’s upgrade currency). Another time, I was called to investigate the activities of a spaceship thief in Mos Eisley. This aspect of the game is something I am looking forward to. Perhaps an Ewok might need assistance with their taxes.

The action and combat are greatly improved over the previous games. If you get too close to stormtroopers, the game transforms into a third-person cover shooter with melee combat. Princess Leia slamming baddies into the ground and cutting them off is far more advanced than the basic action in Lego Star Wars. It also gives you a reason to learn how to fight. You can also use headshot stormtroopers, which will reveal that you are murdering people with dreams and hopes.

Although I haven’t had the chance to test out the lightsaber combat yet, keep an eye on my review, it appears that it will take some thinking to defeat big baddies. We were shown footage of Count Dooku throwing stuff at Anakin, Obi-Wan and other enemies with the force while jumping around (again, in a very telegraphed manner). You’ll need to dodge and counter enemies while also keeping an eye on other enemies. Each lightsaber fight may have its own gameplay – we’ll have to play the full game.

It also says the enemy’s name when they pose like you’re Yakuza for boss fights. I love this!

It’s not a game about playing with plastic toys. However, this doesn’t mean Lego Star Wars has failed to excel in the way that the game looks.
Lego Star Wars: The Skywalker Saga takes the Series to Higher Ground

DNF Duel will bring character-based fighting to June 28
Interview with Moss, Book II – How Polyarc Built on the Original’s Fundaments
To Top