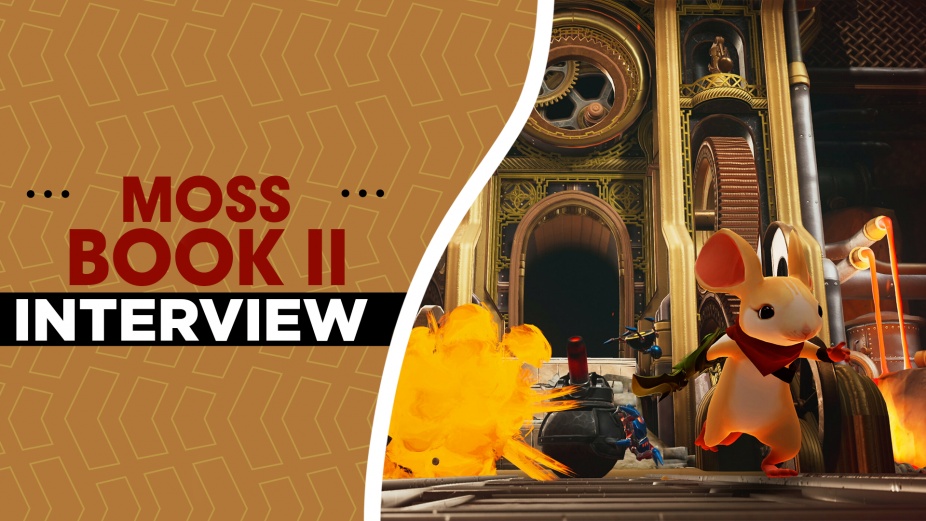 Interview with Moss, Book II – How Polyarc Built on the Original’s Fundaments

Interview with Moss, Book II – How Polyarc Built on the Original’s Fundaments

VR enthusiasts have awaited moss Book II. Moss, who arrived in VR several years ago, placed us in a storybook setting. He is the first to define VR platformers and Astro Bot and Ven. You play in a third-person viewpoint, so you are not the protagonist but a Spirit Reader who assists Quill, the young mouse trying to save her uncle.

It was a memorable VR experience that helped her to navigate through environments and solve puzzles. The second book is almost here, and Polyarc gave a preview. The core experience is still there, but we have original puzzles and a castle to explore. We also have new enemies to fight.

We wanted to learn more about Book II, so we met Joshua Stiksma (principal engineer, design director at Polyarc). He was kind enough to share more information about what we can anticipate.

I began by asking how the response to Moss affected Book II’s development. Stickman says that Polyarc is “really proud” of the game’s reception but that there are “a few areas that we really want to improve upon.” She also said that the most common feedback she received was that people wanted more. The team started to think about how Book II could be more engaging for players.

This included opening up exploration. Stickman said that this was because it is “more non-linear” and allows players to go off the beaten track. Book II allows you to return to previously explored areas using new tools that unlock different paths. However, the story will not change depending on how much exploration you do. I was told that the main story is longer than it appears to be.

I thought about the story, asking if Book II had a more definitive end than the original game. Book I had several unresolved plot points. Stickman said they were trying to address the issue, but Polyarc confirmed that there are many stories in this world, and therefore we don’t want to close the book completely. They’re still providing opportunities for storytelling, but he is confident that players will feel there’s more to the story.

The original book’s ending was open to interpretation, so it was natural that they were unsure if Book II had been planned. Stickman confirmed that Polyarc didn’t immediately move to the sequel. They wanted more people to play after the positive reception. They had a small team, so they concentrated on porting to other platforms, such as Steam, Oculus Store and Meta Quest. Book II was developed after the Twilight Garden DLC had been released.

The pre-production process took between 6-12 months, and Moss: Book II took more than two years to complete for PSVR. Polyarc could not confirm that it would be available on other platforms during the preview, so I inquired if this was the reason for the smaller team. Stickman confirmed this, saying that “it’s too difficult to say and for the moment, our biggest focus – and they always say this – we just really want be able to focus on one platform.”

With this in mind, I asked Polyarc if they were interested in PlayStationVR2 after seeing the recent announcements by Sony. Stickman said they couldn’t reveal too much but stated that the team is “really excited” about PSVR2 and that it seems like “a really incredible platform and piece of hardware they’re creating.”

I asked him if he was proud of Book II. Stickman told me that he was proud of the story and said, “We’re taking the player on a journey we believe will stick with them,” calling the emotional journey between Quill and us “a lot”.

He said that similar games had done the same things. However, there are certain things you can only do with VR due to your presence. This makes Moss even more powerful. These moments were “very powerful”, so I asked Stiksma what makes Moss’s VR premise better than flat gaming.

He responded by saying that the idea of “I am in this world, and I am a character” is more powerful through VR because it creates an immersive experience that cannot be replicated using a TV or joystick. Stickman continues, saying that when you inject strong emotions into a character, it makes them feel more powerful and impactful.

We want to thank Polyarc, who spoke with us about Moss: Book II. It will be available exclusively for PlayStation 4 via PSVR on March 31, 2022. We will keep you updated on any VR gaming developments.

Advertisement
Interview with Moss, Book II – How Polyarc Built on the Original’s Fundaments