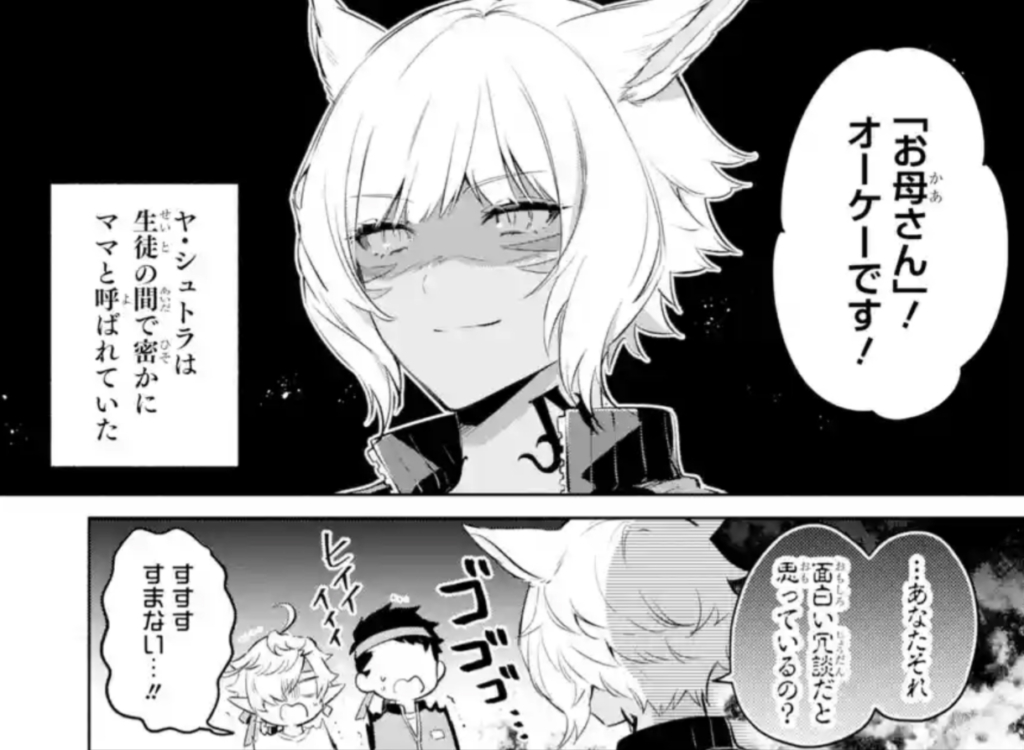 If you’re not aware, there’s an Final Fantasy XIV Manga set in an alternate universe. Square Enix’s Eorzean Academy MMO series introduces us to our favorite Scions and villains in a slice-of-life story. Emet Selch canonically wears Crocs, and Square Enix acknowledges that we have been calling Y’shtola “mommy.”

Or, rather, the manga’s student body calls Y’shtola mommy behind my back. I’m not lying to you. This is not a shameless plug for fanfiction. The manga is available via the Square Enix Manga up app. In the meantime, Square Enix is releasing the series in English, I have been following it via scanlation.

As a Reddit thread via u/RealShadowHedgehog posted a screenshot of the moment we learned about Y’shtola’s nickname. The panel that igniting the debauched reads, “Y’shtola is secretly known as mommy among the student population.”

If you are looking for the Japanese official chapter title, please refer to section 2-2 in your textbook.

This scene is the continuation of the Eorzean Academy’s sports arc. Students from the Light Class and Darkness Class compete in a series o athletic challenges. The mommy thing happens during the race. Students draw cards to get something they need to cross the finish line. Yotsuyu draws “bob cut” on a card, which she then drags Asahi across to the finish line. Alphinaud draws a card and then says “mother”. You can see the progression.

The judge gives the order for Alphinaud at the finish line. His card matches what or who he has reached the end with in this case. This panel is our embarrassing revelation that Y’shtola is referred to as mommy by the student body. I get it. I understand what they are saying. This isn’t, however, the greatest FFXIV wink and nudge I have ever seen.