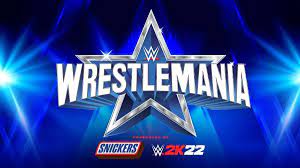 WWE Wrestlemania 38: Where to Watch in The UK & USA

WWE Wrestlemania 38: Where to Watch in The UK & USA

Wrestlemania 38 will take place this weekend ( April 2nd-3rd, 2022 ) and will be broadcast live from Dallas’ iconic AT&T Stadium. Wrestling fans can expect a stellar line-up that includes Brock Lesnar and Roman Reigns and ‘Stone Cold Steve Austin and Johnny Knoxville.

WWE last visited Dallas in 2016 for their most significant event of the year. They packed every seat with over 100,000 people to see Roman Reigns take on Triple H in the main event. In the final of Night 2, ‘The Tribal Chief’ will face his perennial rival Brock Lesnar. He is hoping to become a Unified World Champion.

Where can WWE fans see this extravaganza? We have you covered, no matter where you are from in the UK or the US.

Wrestlemania: Where to Watch in the USA

WWE fans can view both nights of Wrestlemania 38 live on , NBC’streaming service that includes all past and current WWE programming.

Live coverage of Wrestlemania will begin at 6 PM ET. The main show will start around 8 PM. To access both nights of Wrestlemania, fans will need to subscribe to Peacock’s streaming services.

Each night is expected to last approximately 3-4 hours.

Wrestlemania UK: Where can I watch it?

If they want to catch Wrestlemania in Texas, they will need to stay up later in Blighty.

The main cards will begin at 1 AM GMT. If you’re live watching on the WWE Network, the pre-show could start around 11 PM. A WWE streaming subscription is available for as low as PS9.99 per month. New subscribers get the first month free.

Wrestlemania 38 is also available on BT Sport Box Office at PS19.95. This is a fair price for a two-night event.

Wrestlemania has so much to offer, including an exciting encounter between Steve Austin’s hometown hero and Kevin Owens. This is a must-see event for all WWE fans.

Advertisement
WWE Wrestlemania 38: Where to Watch in The UK & USA