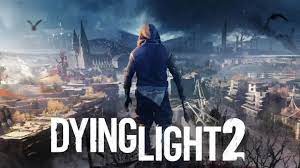 A Tweet today (April 5, 20,22): Dying Light 2 developers Techland have announced the most significant updates since DL2’s launch. Patch 3 will include a New Game Plus Mode.

The developer has also promised to release the update “by end of the month”, meaning that the massive patch 3 will be available to Dying light 2before April 2022. They are planning to release the patch within the next three weeks, although they have not yet committed.

What is Dying Light 2 New Game Plus?

New Game Plus mode allows players the opportunity to play a game again from scratch. However, it will also include new features that were not available in the original game. Techland has not yet revealed what Dying Light 2 New Game Plus modes might contain, but they confirmed that there would be more reasons to visit The City.

What other information will Dying Light 2 patch 3 contain?

We don’t know much about the Dying light 2 patch 3. However, we do know that there will be bug fixes for both single-player and multiplayer. Techland stated in its original tweet that full patch notes would be made available once the update has been live. We’ll need to wait to see what exactly this means. We don’t have to wait too long, given the hope that the update would be available by April end.