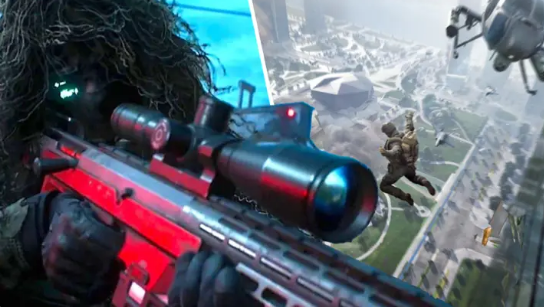 The latest update to ‘Battlefield 2042’ has not gone down well

The latest update to ‘Battlefield 2042’ has not gone down well.

Battlefield 2204 didn’t launch smoothly, and even though it was released in October 2021, the developers are still having trouble figuring things out.

Customers demanded their money back after the game was launched in a less-than-ideal state. Even developers admit that the fixes required to take too long to get through. Publisher EA moved staff away from developing the new Need For Speed video game and focused them on providing Battlefieldplayers with what they had paid for. Despite the Battlefield being in development, the changes aren’t happening as quickly as people hope.

ComicBook has reported that fans are not happy with the latest update to the EA forum. Many players asked for feedback on a thread that asked for feedback. They wanted an update to the spawn system, which had been causing them headaches. Players vented their frustrations when a member of the development team replied to the thread with, “These items are being reviewed, but there are no active development plans for them just yet.”

One user began by asking, “Given all of the things that are constantly confirmed as ‘not something we’re working on/discussing, what’s the team working on?” It doesn’t seem like they are working on much, given the information made public.

Someone else begged them to make it playable. “You must quickly pivot to fix the forced spawn and vehicle-spawn issues. The enemy air vehicles arrive at the game’s start and kill anyone who is not AFK or has changed their loadout. This can’t be stopped by moving flags and spawn locations.

One person was doubtful that these problems would ever be solved. “Like, really? We need a roadmap to get an idea of how much support the game will receive. It doesn’t seem like much, and we don’t know much about the next month’s patch, so we’re taking DICE’s word.

People don’t have much faith in EA turning things around. But who knows? If not, better luck next time, I guess