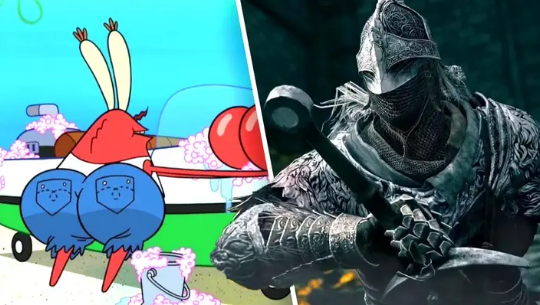 The ‘Elden Ring” Player Beats the Game Using Only Their Butt

The ‘Elden Ring” Player Beats the Game Using Only Their Butt

Ever wonder if challenge runs have been a little too ambitious? The Elden Ring players have been determined since the game’s release to beat it in the most difficult way possible. The FromSoftware’s newest has been a huge success. While reducing a 50-hour game to 50 minutes was impressive last month, now people can complete it in less than seven minutes. I’m not sure what to think about that.

This goes beyond the limit, however. DualShockers reported that Distortion2, the legendary Elden Ring speedrunner, has completed the game with only his butt.

He is not talking about his posterior but the rear end of his Tarnished. The Ash of War Ground Slam is his first melee attack. This allows the player to launch themselves into the air and then crash down on their victims below. Although he upgrades to more powerful butt-slam strikes, the goal remains the same: all must face the wrathful rump.

You might be thinking this doesn’t sound impressive. These animations are tediously slow, which leaves you vulnerable to being hit while you’re doing them. Because you can’t dodge halfway through, you need to wait for the right openings to do as much damage as you can. He completed it in less than two hours. I guess speedrunning habits die hard.

This Elden Ring challenge is far from the most bizarre we’ve ever seen. One player finished the game using a dance mat for the controller. I don’t know how that worked. It’s one way to stay fit and still grind at the bosses.