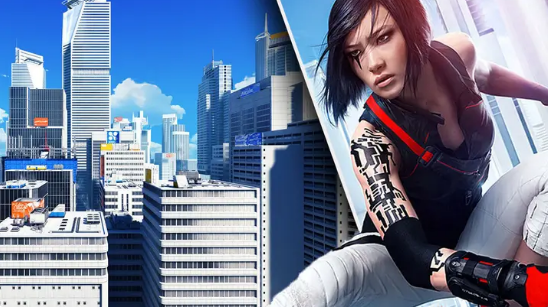 Mirror’s Edge appears to have two distinct effects on people. The first case may be that you have forgotten the game even exists. What about the other? The game was praised for being ahead of its time. Mirror’s Edge was developed by DICE. It was released in 2008 on the PlayStation 3 as well as the Xbox 360. Later, it was made available on Microsoft Windows.

Mirror’s Edge is inspired by action films such as Casino Royale or The Bourne Identity. It uses a parkour-style platforming system to play Faith Connors, a parkour courier who secretly delivers messages in a heavily monitored city. Mirror’s Edge wasn’t a terrible game. However, it didn’t have the same lasting impact on gamers as other 2008 titles like Grand Theft Auto IV and Dead Space.

Mirror’s Edge is a platforming game that has gained a loyal following over the years. We have something for you if you’re part of this fan club. The original Unreal Engine 3 game was created by Tokyo-based 3D environmental artist Thomas Ripoll Kobayashi. Recently, he remade the city in Unreal Engine 5. The City… is stunning.

The City’s blue-white urban minimalism is captured beautifully in these images. It’s easy for Faith to jump into action and slide her way through the streets to her secret destination. Thomas said, “I would like something playable. At least the possibility of moving around.” I’m not sure about a parkour program though. That sounds far beyond my comprehension.

Although Thomas’ project looks great and is well on its way, we don’t want it to look greedy. But how amazing would a Mirror’s Edge remake be? We will just have to continue wishing that remake rumours come true.