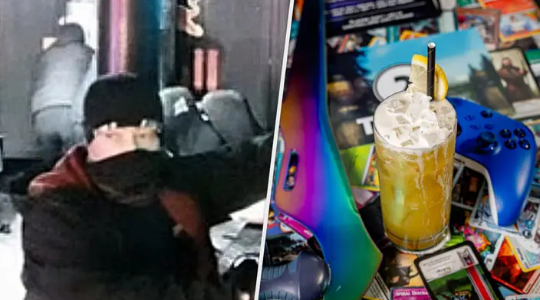 Manchester’s Pixel Bar is appealing to the public for any information after thieves broke into the bar over the weekend and stole a variety of gaming computers.

Pixel Bar posted footage of the incident to social media and confirmed that nine gaming PCs had been stolen from its PC Gaming Arena.

The Pixel Bar Manchester opened its doors in November and serves a variety of cocktails inspired by classic video games like Dark Souls and Pokemon.

You can also play a variety of single-player or multiplayer games with your friends across all platforms. There are a few PlayStation 5 and Xbox Series options available throughout the bar.

On the first floor of the bar, you will find a section that is dedicated to PC gaming. This was the area where the thieves chose to strike.

Pixel Bar posted on Twitter that “We are devastated financially and emotionally and this has really hit us and it’s hard to know what to do.”

Pixel Bar shared footage from the incident and confirmed that it is working with police but has very little left. It asked anyone with any information to come forward.

“Needless, to say, there won’t be any PC gaming or tournaments at the bar until we have a solution. The team said that they don’t know how long it will take. “The bar remains open, as usual, thankfully.”

Pixel Bar stated that it would be “dramatically increasing security throughout its venues” to ensure that nothing like that happens again. It also provided the PC specs in case anyone sees any units or individual parts for sale within the next days.

Bizarre Rant: God Of War Creator: Xbox “Sucks”
Insider Says ‘Mafia Four’ Will Not Be Set in America
To Top