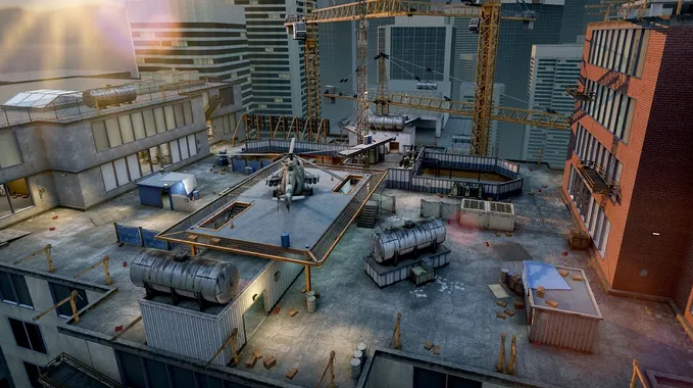 While there is still a lot of attention on the Operation Monarch event that took place in Warzone, the focus now shifts to Warzone and what Infinity Ward has in mind for the next era in battle royale action.

A huge leak claimed that major gameplay changes were coming, and new information continues to be released much to the delight of players.

This latest leak shows a rough layout for Warzone 2’s map, which includes the main roads and a large river that separates the two areas.

The sketch is from Twitter user “TheMW2Ghost,” who has previously accurately disclosed information about Call of Duty titles that were not yet released. A tweet dated May 18 shows an outline map and small icons that refer to Strongholds.

It is interesting to see water on Warzone 2’s map. Although there is water in Caldera players cannot swim through it. However, the map appears to be more like the Blackout map than Verdansk and the Pacific islands. There’s also the possibility that a swimming mechanic might appear to allow for a new way of navigating the map.

You should always take any leaks with a pinch of salt, but given the information we have about Warzone 2, it’s possible that the sketch looks a lot like the new map that Warzone will be receiving with its fresh start.

Notable insider Tom Henderson also claims that a number of maps from Modern Warfare 2 in 2009 will be used as points of interest (POIs) on the new map. A report states that the new map will feature Favela and Afghan, Terminal, Quarry, Highrise, and Quarry. Although there is still plenty of time to make changes, Warzone 2 looks great based on recent leaks.

Check out our page to see more Warzone news, leaks and guides on Call of Duty’s battle royale.