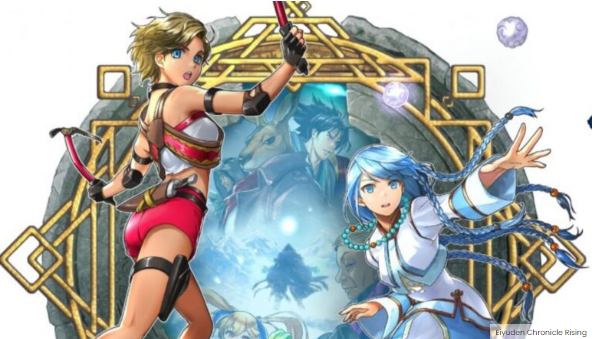 I have been feeling sick for the past few days. I don’t know if it was man flu, the Rona, or bubonic plague. But I’ve been running low. As you would expect, I am now on the mend (mostly) writing this. Jimmy is not a slave driver. However, for someone who is primarily a video gamer, it can be a problem to become ill. When you spend most of your time praying for the death of someone you love, it can be challenging to concentrate on playing a video game.

Eiyuden Chronicle: Rising was a revelation to me recently. The game’s premise is enough to keep me interested, having launched on Xbox Game Pass last month. You play the role of CJ, an adventurer/scavenger. The town was rocked by a recent earthquake, making it vulnerable to monster attacks.

The earthquake opened the Runebarrows to the public. These ruins were found beneath the town and are believed to contain powerful trinkets and artifacts that would appeal to all adventurers. Many adventurers have come to New Nevaeh to make it big. The town cannot accommodate everyone, so Isha, the acting mayor, devises a plan to use the citizens’ self-interest to the town’s advantage.

Adventurers must purchase a license to enter the Runebarrows. This is a ridiculously high price at 100,000 Baqua. Or they can use a stamp card. You earn stamps by helping residents do their odd jobs. Isha encourages the population to abuse the system to make the town more livable.

As story contrivances go, the stamp system is a brilliant effort to explain the RPG formula that involves performing endless fetch quests for a bunch of villagers. While it’s nice to complete quests for EXP or cash, the stamp is only the icing on the cake. But how does Eiyuden Chronicle, Rising become a chilled RPG? This game feels right at the moment because it focuses on smaller, personal stakes.

You’re not traveling the globe trying to stop a sinister plot. Instead, you are helping local people improve their lives. You may be venturing into dungeons to batter monsters, and there are vague allusions to a threat within Runebarrows. But Eiyuden Chronicle is primarily about helping people.

You can efficiently complete this RPG by going into dungeons, scavenging resources, and fulfilling the requests of the townspeople. You can start by completing a few quests and quick Dungeon Runs, and then you can move on to the next game or take a rest if you feel sick.

It is not an original or complex game. It is straightforward to use the combat system, which has only one button that controls each of the three-party members and their attacks. You unlock new moves and abilities as you play the game, which allows you to increase your attack options. This keeps the game interesting. It’s also a great game because of the characters and the writing. The growing relationship between CJ Garoo, Isha, and Garoo is a highlight.

Is it possible for the game to become repetitive or boring by the end? It could be, but I’m still not there. I’m ill, remember? There’s plenty to do in the opening hours of the game, and I’m tempted to continue until the credits roll. New Nevaeh has seen a lot.

Official Backstage Program for WWE Clash at The Castle
Star Wars: The Clone Wars: Why “Shattered” Is A Perfect Episode
To Top