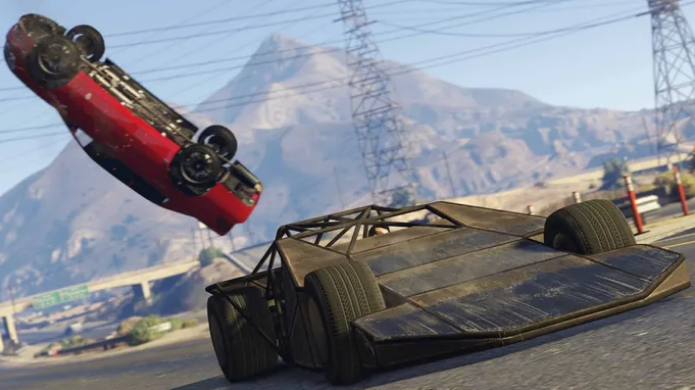 GTA online mistakes can lead to costly consequences. One mistake can cost you your next paycheck and frustration.

Although it seems that such disappointments are inevitable due to the presence of griefers, there may be a way out.

Thanks to Reddit GTA players, this is possible because they seem to have found a reliable solution for those heading toward certain death.

User ur-mum–lolz posted a clip of them driving towards an immovable telephone pole. After stopping their car just before impact, they opened the character switch menu in the game and selected Franklin. However, the prompt to quit the session caused them to rewind.

They captioned this video: “pro-tip”: Switch to story mode and then back out to avoid dying.

AndrisPronis shared a different method to accomplish the same goal for PC players: Alt+F4 works similarly. It forces you to save your game so that you can correct the “Saving failed” error.

Some users believed that both methods work when your car is on the ground, and others disagreed.

User WhatzitTooya2 was one of the people who disagreed. They decided to test it and were surprised at the results. It doesn’t seem to work, but I could swear it does. The last time I tried, it must have been before the Gunrunning DLC …”….

Many players had already announced plans to use this neat trick in the meantime. Experiment_628 encouraged them to use their new powers for evil by telling them: “Do it in a race, and instantly brake check other people.”

Spatulaface-mk2,, on the other hand,, refused to go easy out of a GTA jam and declared: “No. You can fall like a man.