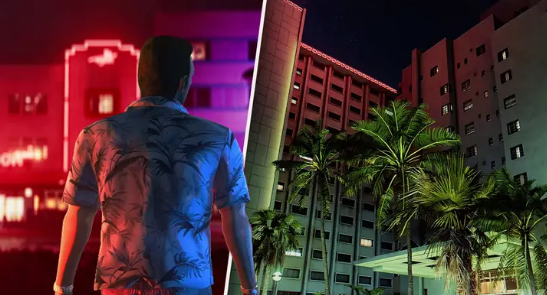 Unreal Engine 5 is capable of amazing things and already feels like we have peaked in photorealistic graphics. One creator made a train station within UE5 earlier this month. This fooled everyone into believing it was real-world footage.

Many creators have used UE5 to reimagine and create new games. Iron Man and Spider-Man were both given fan-made UE5 demos. Another creator created a new playable Halo level. The result was breathtaking.

Grand Theft Auto – Vice City, is the next title to receive the UE5 remake treatment. YouTuber TeaserPlay has done an amazing transformation. The remake is everything that we hoped the Definitive edition would be. Rockstar takes notice. See the amazing project below.

TeaserPlay stated that Lumen was used for rendering. TeaserPlay noted that the video demonstrated how powerful Unreal Engine 5 could be for creating sandbox games. It also shows what the remastered GTA Vice City version should look like. Later, TeaserPlay dedicated the project to Ray Liotta, who tragically died this week. Liotta is known for his portrayal of Tommy Vercetti in this game.

TeaserPlay is not the only one to undertake a GTA project. The creator posted a UE5 version of TTA: San Andreas, which is just as beautiful. TeaserPlay is a master at showcasing the look and feels of a GTA remaster.

The comments were filled with user feedback. decoder wrote, “In my opinion Rockstar must hire him. He’s more that a true artist, and a professional programmer,” and TIPD 41 stated, “This is beautiful.” “I wish Rockstar had paid more attention these beautiful games that gave us many good memories.”