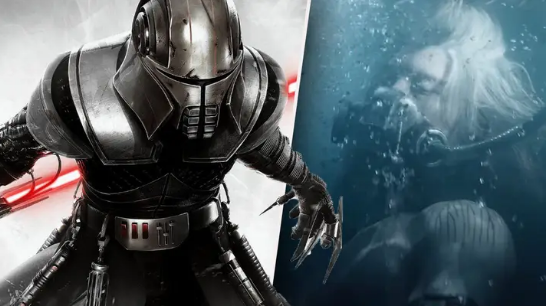 Star Wars Jedi Fallen Order might have confused me with its confusing maps, but that doesn’t stop me from counting down the days until its sequel. Now we know Star Wars Jedi Survivor will be coming in 2023.

This week’s Star Wars celebration confirmed the exclusive new-gen release. Respawn Entertainment gave us the first teaser trailer. Although it’s a trailer, it suggests that Cal Kestis will be on a darker journey. The trailer’s main focus is on a mysterious figure inside a bacta-tank. Fans already believe they have figured out their identity after only a few days.

In Star Wars, bacta tanks are used to speed up healing. To speed up healing, Luke Skywalker used one in The Empire Strikes Back. Boba Fett also saw one throughout The Book of Boba Fett. Starkiller is believed to be the healing figure from the Star Wars Jedi Survivor trailer.

You might be asking, “Who?” Let me enlighten you. Darth Vader took Galen Marek, a force-sensitive Starkiller, during the Galactic Empire era. Vader abducted Marek to become his apprentice and personal assassin after the deaths of Marek’s Jedi parents. Starkiller, after years of service, was finally betrayed and taken to the grave by Vader.

Technically, Starkiller is not canon. Starkiller is part of the Star Wars Legends expanded universe. However, that doesn’t mean that Starkiller couldn’t exist in the Star Wars timeline. The trailer shows that the story is consistent with what we have seen. Starkiller may be using the bacta to heal from Vader’s betrayal. The game’s creators teased that Cal might be forced into unsavory alliances. It’s convincing, you have to admit.

Krafton, a developer of ‘PUBG’, reportedly sent a private eye to Leaker’s house
This Unreal Engine 5 Remake Of ‘Grand Theft Auto Vice City’ Is A Work Of Art
To Top