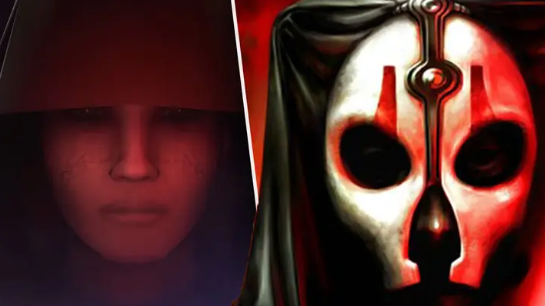 Remakes of Star Wars were announced by Aspyr. The remake will be exclusive to the PlayStation 5, but it is close to KOTOR and will soon be available on the Nintendo Switch.

Star Wars II: Knights of the Old Republic II- The Sith Lords will be arriving on Nintendo Switch in June 2022. It’s only two weeks away, which is a bonus! HD cinematics, textures, and overall resolution will be available to the port.

Nintendo claims that the game will include free DLC Sith Lords Revised Content. It will feature new dialogue and crew interactions, a revamped ending, and a bonus mission starring HK47. I don’t know if you’re as sold as I am, but I’m convinced.

Original release for the Xbox in 2004 KOTOR 2 follows The Exile, an ex-Jedi Knight who seeks to reunite Jedi Knights to fight the Sith Lords.

Aspyr’s senior director of business development Michael Blair stated, “We are really grateful that our team gets to work on such incredible and beloved titles for both fans of the original title and those who are new to these experiences.” We hope that this will be a great platform for gamers to explore the galaxy featured in Star Wars Knights of the Old Republic II: The Sith Lords. This absolute classic is now available for pre-order.