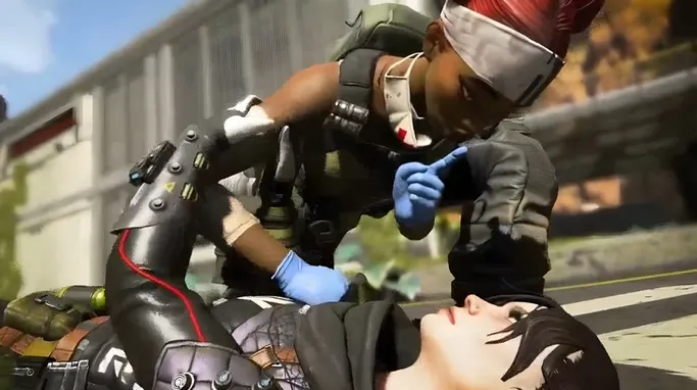 The game’s playing habits are constantly changing for those who play Apex Legends. New content and patches frequently alter the game’s state, giving players plenty of opportunities to create new strategies and preferences.

These changes are often seen in players flocking to new characters such as Newcastle whenever these characters are added to the game, hoping to experience something different.

Sometimes, however, an update can have unexpected consequences. This was the case with Apex’s season 13 which saw Lifeline unexpectedly come back to prominence.

Salt_Concentrate2937 posted a clip of a graph in the Apex Legends Subreddit. It shows the percentage of players choosing to play as Newcastle or Lifeline. The latter has been more popular recently.

The thread that followed offered multiple theories about why this trend emerged, with Apex veterans providing their expert analysis.

Some believed it was indicative that players decided Lifeline offered a better or more efficient playstyle than Newcastle. One user suggested: “Lifeline’s kit is more solo-friendly than Newcastle’s,” while another stated: “Being able to fight while recovering is a great equalizer.”

Others speculated that an economic boost might be behind the shift, while blingx2 said: “Honestly, it’s because her’s a free legendary.” If there are other legends, nobody is going to buy Newcastle.

User SKy6Gaming stated that the monetary reality of the trend is what makes them doubt it is “indicative for anything.”

SuperGamer1894, however, suggested that the graph shows that “tons of Lifeline mains go back to her after she tried Newcastle.”

jerm_face01 offered an alternative explanation. He stated: “It’s Newcastle (pick rate) that has a large increase and decline, while Lifeline’s doesn’t change much.” Non-Lifeline mains would try Newcastle, then slowly transition back to their characters.

No matter what theory you believe, we will keep you updated on Season 13 Apex Legends. It began last month.