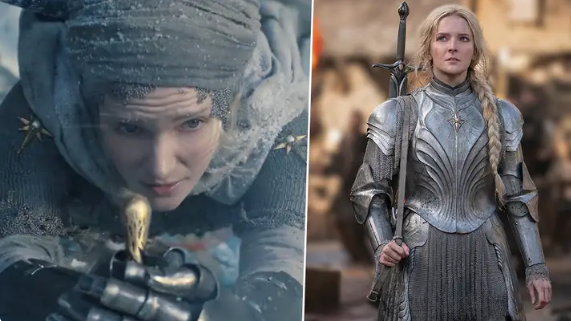 The Lord Of The Rings franchise is undoubtedly one of the most important. Many fans were concerned when it was announced that Amazon had purchased the rights to the franchise in 2017, with plans to make a TV show.

Amazon’s The Lord Of The Rings is not yet out, but multiple series are already in the works. Whatever happens, the showrunners know precisely what the final shot will be for the show.

JD Payne, the showrunner, confirmed that Amazon purchased rights for a 50-hour program. The canvas was huge. This was a big story with a clear beginning, middle, and end. The first season has some things that aren’t worth it until Season 5. Even the final shot of the last episode’s finale is known.”

You read correctly. There are not two, three, or four seasons planned. Amazon has five seasons to tell the story. They are betting on it being a huge success. To calm the nerves of LOTR lovers, I can tell you that many Tolkien experts saw the first season. Thought it was fantastic. This is good news.

JD Payne said that he wrote letters to his publisher, particularly one. “Tolkien spoke of wanting to leave behind mythology that would allow other minds and hands to use the tools of music, drama, and paint. As long as Tolkien felt that every invention was true to his essence, we were doing what he wanted.

I recommend the whole interview with Empire to anyone who is a Tolkien or LOTR fan. It will help you prepare for The Lord Of The Rings, which premieres on September 2nd on Amazon Prime.