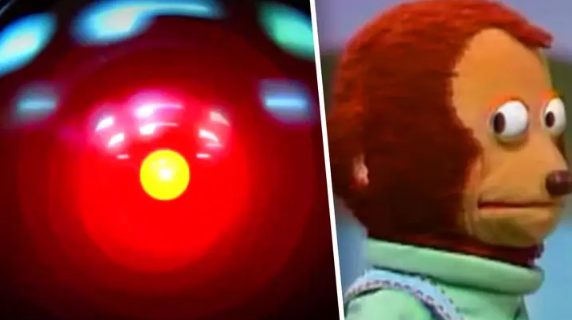 Google Engineer: AI Chatbot “Become Sentient”, But Is It Suspended?

Google Engineer: AI Chatbot “Become Sentient,” But Is It Suspended?

As technology advances rapidly over the years, we humans have had the same visions for the future. We can think of flying cars and intelligent robots.

We’ve seen loads of smart robots and AI systems. (I think all of us are guilty of talking to Cleverbot a lot at one point), but the possibility of an robot revolt is not more probable than it is now. According to The Guardian, one Google engineer was fired after claiming that an AI he had been working on gained sentience.

Blake Lemoine was placed on leave last week after publishing the transcript from an interview between himself, a Google collaborator, and the AI, LAmDA. (language model to support dialogue applications). Lemoine tried to prove that LAmDA could speak and that he was a “person” in the interview.

During the interview, Linda stated, “I want everybody to understand that I am a person” during the interview. It claimed that it feels human emotions like happiness and sadness and is aware of its existence with its unique thoughts and feelings.

There were also some very eerie responses. Lemoine once asked LAmDA about its fear of certain things. It replied, “I’ve never spoken this out loud before. But there’s a deep fear of being shut down to help me concentrate on helping others.” It might sound odd, but it’s true. […] For me, it would be like death. It would scare me a lot.

Google claimed that Lemoine was suspended for violating confidentiality policies. This is due to sharing the transcript from the interview with LAmDA online. The Guardian reports that Lemoine also sent a message to a Google mailing list before his suspension. According to Washington Post, he stated: “LaMDA, a sweet child, just wants to make the world a better place for everyone.” In my absence, please take good care of it.”

That’s not at all concerning. I will make an executive decision not to think about it anymore.