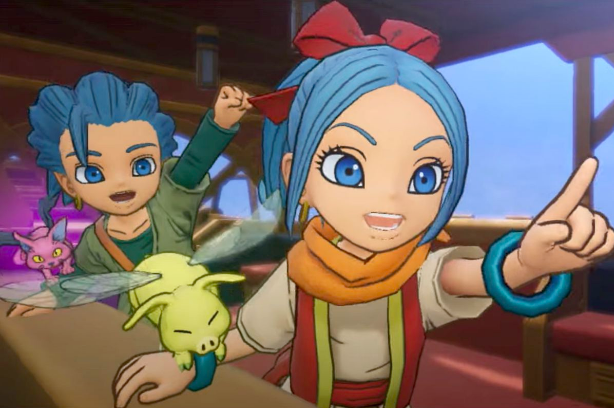 Regarding the Nintendo Switch, Dragon Quest has had a very successful few years. Super Smash Bros Ultimate’s Hero has had several games, including Dragon Quest XI S. Echoes Of An Elusive Age and Dragon Quest Builders 2. Dragon Quest III. The Seeds of Salvation was also released. Now, Dragon Quest Treasures is coming to the Switch.

What are Dragon Quest Treasures?

“Erik and Mia live aboard a Viking longship. They dream of one day being able to explore the globe in search of great treasure. One night, they meet Porcus, a strange pair of creatures, and are taken to Draconia, a magical land filled with treasures. Erik and Mia can finally embark on the adventure they have been imagining.

Erik, Mia and their adorable companions will need help to navigate the vast Draconian world and find the treasure. Soon, the team meets and becomes friends with various well-mannered monsters. Our heroes will use the monsters’ magical visions of hidden treasures and their unique treasure-hunting skills to race across open fields and glide through chasms to find loot in even the most remote em> spots.

Mia and Erik were thieves in Dragon Quest 11 Echoes Of An Elusive Age. this will explore their evolution into the characters we love and know from that original game. However, this won’t reveal everything to fans who think they know about these characters. In the months ahead of the game’s release, we will likely see more information from it in a Nintendo Direct or at Gamescom Opening Night Live.