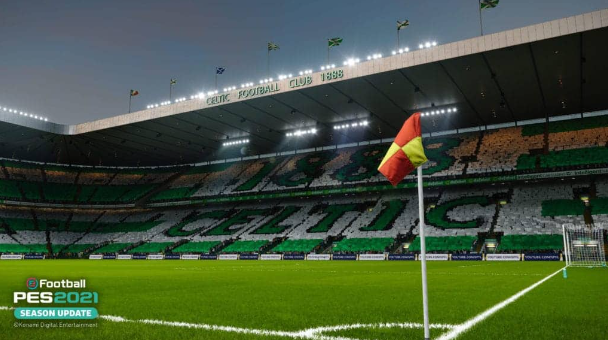 Although the Scottish Premiership has been featured in FIFA for some time, we have yet to see one Stadium visit the game.

If you didn’t know, Rangers and Celtic are the largest clubs in Scotland. They share a rich history as well as unrivalled domestic dominance.

Celtic is also well-known for its European Cup achievements in the 60s and the recent Quadruple Treble.

However, Rangers just had an excellent Europa League run, so it’s about time that two of the most essential stages in the UK came to FIFA 23,

It is not that easy. It’s all about licensing. Both stadiums are featured in PES 2021/football from Konami.

We would love to see all Scottish stadiums added to FIFA 23, but the history of the AAA games shows that it doesn’t look perfect.

The FIFA governing body may decide to create its own game using third-party developers. In the future, this could include all leagues and clubs under FIFA.

FIFA 23 will include Ibrox and Celtic Park.

FIFA 22 has 100 stadiums, and FIFA 23 will have more. It doesn’t necessarily mean that we will have two of the most iconic stadiums in the football world, but it does give us hope.

I would also like to see Tynecastle and Easter Road, Hampden or Pittodrie for those aerial shots that show how close they are. We live, and we hope.

GTA Online Weekly Update July 14th, 2015 (Prizes, vehicles, bonuses & discounts)
Stray: What to Do with the Cassette Tape
To Top