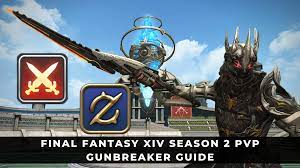 Naoki Yoshida, Final Fantasy XIV producer and director, was hanging out with Toshio Murouchi (boy community manager), live streaming and commenting on some Crystalline Conflict matches. You could only watch it on the official HTMLIVTwitch channel. Thanks to the translators of the FFXIV Reddit’s Discord channel, we were able to get some new FFXIV PVP details Yoshida shared with us on stream.

We know that some jobs in the FFXIV PVP trenches can cause problems in matches. Even a PVP Jobs Tier List was created around Patch 6.1 and Crystalline Conflict. Yoshi-P shared win rate stats that I think you would be amazed at. Numbers don’t lie.

These numbers do not represent the pick rate. Instead represents each Job’s win for Season 2 FFXIV. In case you were wondering, there aren’t any official numbers on Job usage in PVE.

Below are screenshots of numbers taken from the stream. All were labelled in Japanese. Below are translations of all Jobs shown in the images.

Below is a table that shows the win rate statistics of all Jobs across all regions from Season 2 FFXIV PVP.

According to the win rate statistics, healers seem to be an essential part of winning in PVP. Scholars and Astrologian have win percentages that exceed 50% across all regions. It’s not surprising that White Mage, which was S-tier and the most trusted healer in PVP, has fallen to a low prominence in Season 2.

Warrior has lost its appeal to tanks. While once a key component of winning teams, it is no longer a core skill. However, the survival and utility of Dark Knight and Paladin are more critical for PVP success. Gunbreaker is below 50% in all cases. It’s still challenging to use effectively, even though it has been improved over the past few patches.

Surprises continue, with Reaper being crowned the most winning melee DPS job. Although it was considered low-tier in PVP, the Reapers earn Ws every season thanks to buffs and a high-level skill-ceiling. The same is true for Monk. A decent Red Mage can influence the outcome of tight PVP matches, and magic DPS has been an effective Job.

Summoner and Machinist were our top picks for high-tier DPS. However, it appears they are at the bottom of DPS jobs regarding win rate. The situation is not suitable for ranged DPS, with none of them achieving a win rate above 50%. While Samurai and Dragoon are both a significant force in Crystalline Conflict’s history, they don’t seem to be as dominant when it comes to winning.

There are many reasons Jobs we believe are of high-tier could end up at the lower end PVP win rate. Patches up to 6.18 have shaken up the meta. Jobs have different potential depending upon the skill level of the players. A Machinist would be more effective than a Reaper if they had a lower skill level, but a Reaper with high skill levels has more significant potential than a Machinist. Remember that PVP is team-based, so the composition of the team and the synergy between different levels can impact the outcome.

We won’t place too much emphasis on the Season 2 win rate. Yoshida stated that there are PVP Job changes with FFXIV patch 6.2 (launching August 23), and the adjustments were already consolidated by FFXIV. These numbers shouldn’t be a factor in your job choice.

Yoshida also stated that he is interested in hosting official FFXIV tournaments. According to the Discord translation, Yoshida will consider it once everything is calmed down.

Semi-related news: TBasedon Adventurer Plates, the Portraits will be available for dungeon runs in the main game. This is being planned for Patch 6.3. Players can now create and personalize their Warriors of Light profiles with the newly introduced Adventurer Plates. It’s great to see this feature extended to other game areas.