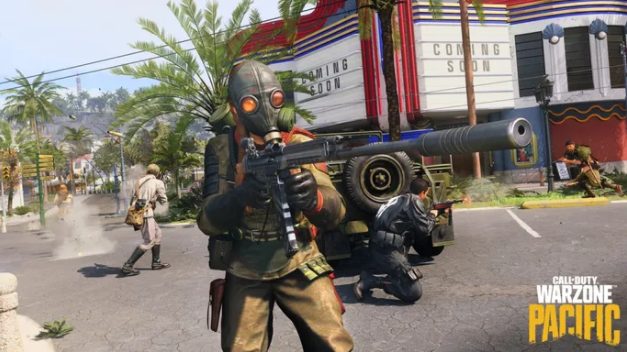 Many players claim that playlist updates are causing problems when they drop into Caldera or Rebirth Island. As the focus shifts towards Season 1 Reloaded, Warzone Pacific is slowly approaching. Due to a variety of bugs and glitches affecting the game, the playlists most recently changed on January 9, 2022. There was a lot of backlash from the community.

Raven Software listens to players’ feedback. However, some community members feel that recent changes to game modes are forcing them to use the Vanguard Royale modes instead of standard battle royale.

Reddit user Nintendo_Pro_03 shared their frustration with the changes to the playlists. This is because the game caters to Vanguard Royale instead of allowing players to play the standard Battle Royale modes which include weapons from Vanguard, Black Ops Cold War and Modern Warfare.

There were many opinions on the post, including one player who stated that it was “frustrating” not to be able to play regular BR duos, trios, or singles matches. Vanguard Royale features Vanguard weapons, equipment and vehicles only. This means that players cannot use weapons from previous titles that once dominated this meta. You can still play standard Battle Royale, but you must have four players.

Raven Software is likely to add solos and duos to the standard Battle Royale mode. However, the possibility of these modes becoming a permanent fixture is low due to weekly updates that add or remove playlists to keep the game feeling new. So players can enjoy the best of both BR and Vanguard Royale, Warzone could have solos and duos, trios, trios and quads.

For more Warzone intelligence, visit our Season 1 Reloaded hub packed with the most recent news on the mid-season update 2022.

Pokemon Legends: Arceus drops a new overview trailer
BioWare Does Not Require Developers to Move to Its Offices
To Top