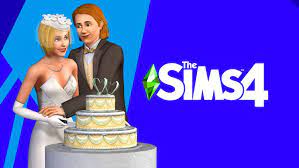 If you play The Sims 4 and love nothing better than a good wedding, you’re in luck. The newest Game Pack, My Wedding Stories, leaked a few days ago, has just been officially announced, with a trailer being dropped. With this romantic new DLC, you’ll be able to plan and control all kinds of different aspects of your Sims’ big day. The latest Game Pack is being released as part of The Sims 4’s “Something to Celebrate” season, previously hinted at in the roadmap revealed at the beginning of the year.

While weddings already came with The Sims 4 base game, My Wedding Stories revamps the entire system, giving you lots more options and expanding on the big event. Every aspect of the event is covered, even the engagement. You can now choose the engagement ring for your Sim, as well as the time and location of when and where your Sim pops the question.

With your newly-engaged Sims, you’ve got a lot of planning to do, and the contents of the new DLC spoils you for choice. You’ll get to choose which guests will attend, where the wedding will take place, and how you’ll decorate the venue. There’s more to plans, such as the wedding cake, the flowers, and the all-important bride’s dress. It’s not just the bride you have to think of, though, as you’ll get to choose the dress code for the attendees. If you want a cultural wedding such as a Hindu or Chinese, My Wedding Stories also caters to them.

You can throw ethnic weddings for your Sims, including Hindus.

It’s not just the wedding itself your Sims can have. They can also throw pre-wedding parties such as Engagement Parties, Bachelor Parties, and even Rehearsal Parties. These big bashes come from new celebratory interactions, such as toasts, gifts, and speeches. Your Sims can even select a Sim of Honor, have a ring bearer flower girl, and have someone give them away at the altar. There’s also the Wedding Reception, where all the traditional ceremonies can be carried out, such as throwing the bouquet, cutting the cake, and the newlyweds sharing a slow dance.

It doesn’t end once the Reception is over. Your Sims will be able to head off for their honeymoon, either in the new world that comes with the pack or another one. Later in life, married Sims will renew their vows in a simple-yet-sweet ceremony.

You can throw other wedding-related parties, such as Engagement and Bachelor Parties.

Not only that but there’s also a whole new world to host a wedding in. Introducing Tartosa, said to be “the most romantic world in The Sims 4 “, complete with waterfalls, beautiful sunsets, and stunning beaches and gardens. Tortosa isn’t just the perfect place to have a wedding; it’s also the best for planning it. You’ll find new stores and conveniences, such as dress, flower stall, and cake shop.

This isn’t the first wedding-themed DLC to be released for The Sims. The Sims 2 had a Celebration! Stuff, a Stuff Pack that gave your Sims new objects and clothes to throw weddings, as well as birthdays and backyard barbeques. The Sims 3: Generations Expansion Pack featured new wedding-themed content, including bachelor parties. The Sims 3 Store also has some extra wedding content for players to purchase.